A Framework of Prediction Technologies

This is the first piece of a blog post series that explores how AI prediction services affect the risks of war. It is based on my 10-week summer research project at Stanford Existential Risk Institute.

Some warnings of my epistemic status:

The amount of private information, which affects the probability of reaching peace agreements;

The cost of wars, including offense-defense balance, international institutions, and the influence of domestic audiences.

However, wars break out for various reasons and for no reason. Further research that distinguishes different types of war (e.g. great power fringe war, nuclear war, high causality war) will likely be more useful, but that is beyond the scope of this analysis.

So, here’s an overarching guess: AI prediction services could gradually reduce the generic risk of war, not by reducing private information in peace bargaining, but by increasing the cost of war relative to peace.

A Framework of Prediction Technologies 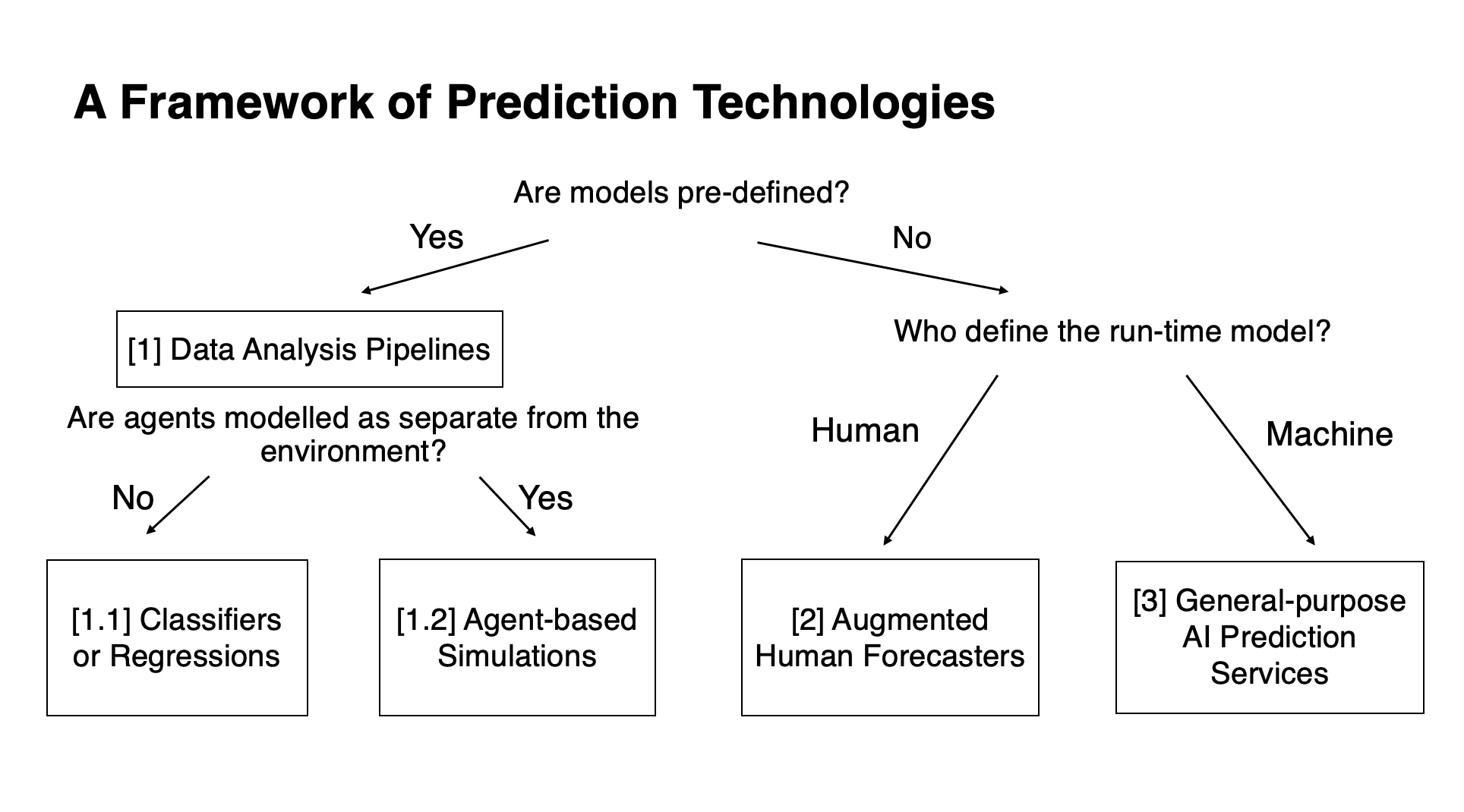 Development trajectory. My guess is that the development of data-driven classifiers and regressions are likely to see a performance boost in the next 5 years but face diminishing marginal returns to research efforts, with a wide range of variance for different prediction tasks.

Variance among tasks. Certain prediction tasks can be easier than others:

if skill, the stable, intrinsic attributes of studied object, relative to luck, the systemic randomness independent of the object, contributes to the outcomes of interests;

if as population-level outcomes, randomness among individual components balances out each other;

if there is less incentive to misrepresent the outcomes or if the misrepresentation is difficult, e.g. using vocal characteristics of presidential candidates, possibly an unconscious, difficult-to-manipulate cue, to predict the outcome of actual elections; [7]

Future research could distill this in more detail.

Two types of models, and how AI comes in

Development trajectory. My guess is that in the next 5 to 10 years, applications of game theory or other multi-agent systems might be restricted to narrow settings where the structure of local strategic interaction is relatively stable.

Development trajectory. My guess is that its development may be modest in the next 5 years, with substantive potentials possibly realized in the next 5 to 20 years but not guaranteed.

It might be possible to train an AI forecaster to represent raw data from the Internet like a human forecaster on CSET’s Foretell or Metaculus by training it on different prediction tasks.

However, it could be that general-purpose superhuman prediction capability requires open-ended learning in the real world or a simulated environment sufficiently resembling the real world. If so, AI prediction services would become agent-like. Like DeepMind’s Agent57 and MuZero, they might have intrinsic reward functions separate from the extrinsic reward provided by the environment to encourage exploration of the environment; they might also have meta-controllers adaptively adjusting the exploration/exploitation trade-off.

Development trajectory. Hard to say. If a superhuman text-based AI forecaster is possible, and there is a consistent effort pushing towards it, then it might happen within the next 15 to 20 years.