There is a new paper by Liu et al. that claims to have understood the key mechanism underlying grokking (potentially even generalization more broadly).

3. They also claim that you can get the same results as grokking but much faster if you set the weight norm correctly at every step. 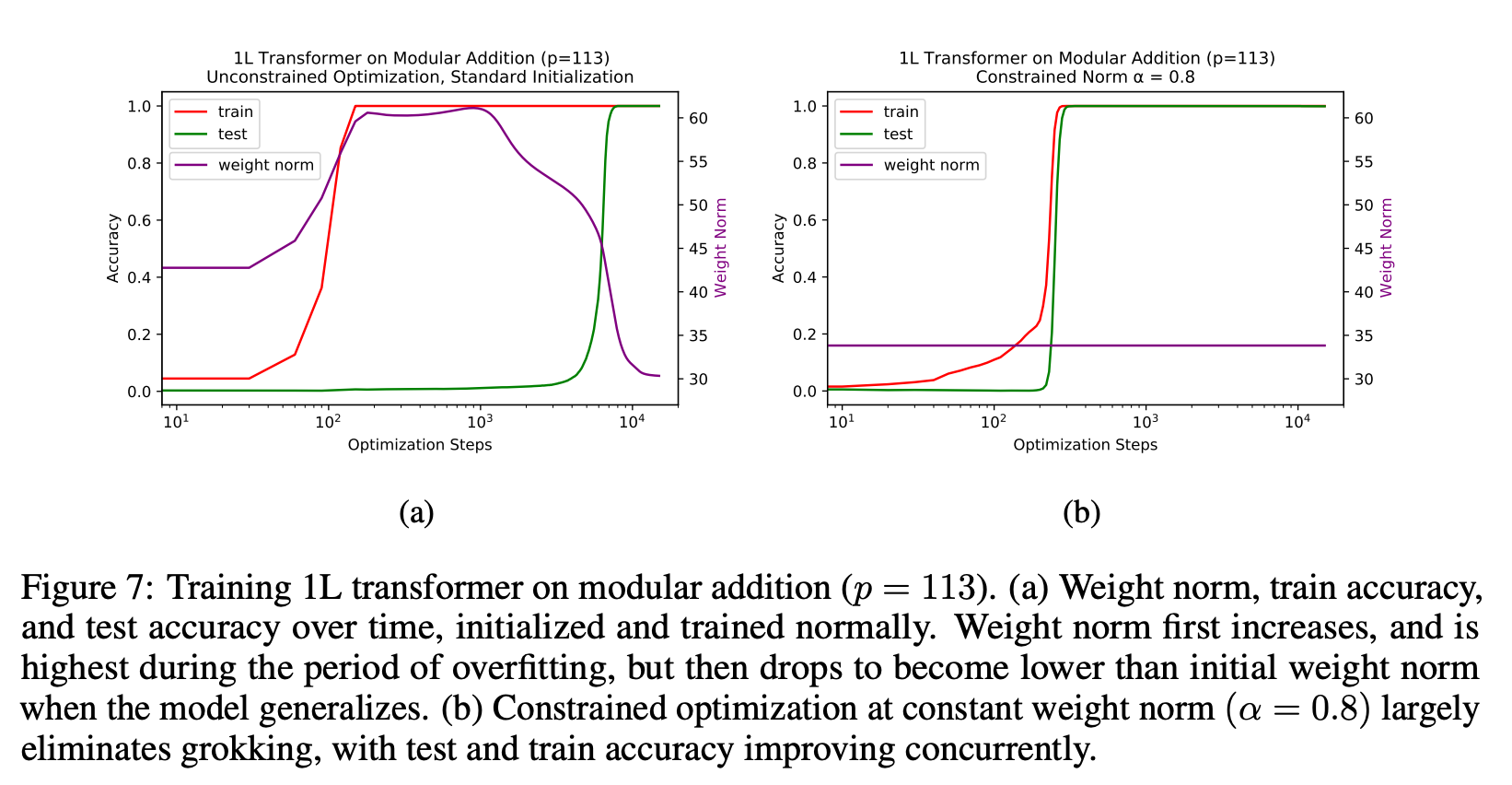 4. They set the norm "correctly" by rescaling the weights after each unconstrained optimization step (so after every weight update loss.backward()?!)

I'm very unsure about this paper but intuitively it feels important. Thoughts?