Knowledge is not just map/territory resemblance

The challenge is this: given a closed physical system, if I point to a region and tell you that "knowledge is accumulating" in this region, how would you test my claim? What are the physical characteristics of the accumulation of knowledge? We do not take some agent as the fundamental starting point but instead take a mechanistic physical system as the starting point, and look for a definition of knowledge accumulation in terms of physical patterns.

In this post I explore directly looking within the territory for a physical map that resembles the territory.

Suppose we examined a sailing ship from a few hundred years ago and asked whether knowledge was accumulating on that sailing ship. If we found physical sheets of paper with drawings of nearby coastlines then we could say, yes, there is a process happening on this ship that is resulting in the accumulation of knowledge.

But what exactly does it mean for one thing to resemble another? The original lesswrong 1.0 had the following header at the top of each page, pointing at a certain concept of map/territory resemblance: 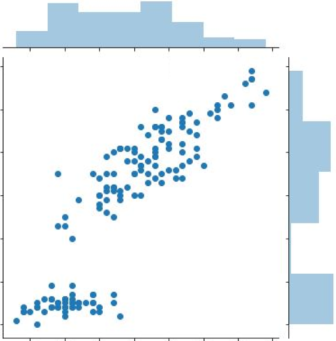 Now here we are just computing a resemblance between two images, neither of which is actually the territory. But we could go out and measure the average reflectivity of different parts of the surface of the Earth and compare those values to the street map above and get the same result. Or if we are asking whether knowledge is accumulating within a region of a cellular automata like Conway’s Game of Life then we could look for a connection between the on/off configuration of cells in that region to the on/off configuration of cells in the whole system using the same method.

We can take this method beyond pixel-wise computation. If we found a military planning room with figurines laid out on a flat surface then we could plot the position of those figurines against the coordinates of cities, people, or buildings in the physical world in order to discover whether these figurines represent accumulated knowledge.[1]

The problem with directly looking for a resemblance between map and territory is that maps might be represented in all sorts of ways. A map drawn on a physical sheet of paper is easy to recognize as a map because there is a direct relationship between the spatial layout of markings on the map and the spatial layout of objects in the world. But if instead of a physical sheet of paper the map were represented as a file on a digital computer then although we would still expect a relationship between the physical configuration of the computer’s memory units and the configuration of the coastline to exist, we wouldn’t expect to be able to discover it so easily.

Maps must exist physically within the territory but their representation might make it impossible to recognize them by looking at a single configuration of the system.

Previous:
Problems facing a correspondence theory of knowledge
12 comments27 karma
Next:
Knowledge is not just mutual information
6 comments27 karma
Log in to save where you left off
Mentioned in
19David Wolpert on Knowledge
New Comment
4 comments, sorted by
top scoring
Click to highlight new comments since: Today at 3:20 PM
[-]Ben Pace2y 2

The original lesswrong 1.0 had the following header at the top of each page, pointing at a certain concept of map/territory resemblance:

I don't remember the image you show. I looked it up, I don't see this header on the wayback machine. I see a map atop this post in 2009 and then not too long after it becomes the grey texture that stayed until LW 2.0. Where did you get your image from?

Dang, the images in this post are totally off. I have a script that converts a google doc to markdown, then I proofread the markdown, but the images don't show up in the editor, and it looks like my script is off. Will fix tomorrow.

I love the depth you're going into with this sequence, and I am very keen to read more about this. I wonder if the word "knowledge" is not ideal. It seems like the examples you've given, while all clearly "knowledge" could correspond to different things. Possibly the human-understandable concept of "knowledge" is tied up with lots of agent-y optimizer-y things which make it more difficult to describe in a human-comfortable way on the level of physics (or maybe it's totally possible and you're going to prove me dead-wrong in the next few posts!)

This brings to mind the idea of abstractions as things which are not "wiped out" by noise or uncertainty between a system and an observer. Lots of examples I can think of as knowledge seem to be representations of abstractions but so do some counterexamples (it's possible - minus quantumness - to have knowledge about the position of an atom at a certain time).

Other systems which are stable to small perturbations of the starting configuration are optimizers. I have written about optimizers previously using an information-theoretic point of view (though before realizing I only have a slippery grasp on the concept of knowledge). Is a knowledge-accumulating algorithm simply a special class of optimization algorithm? Backpropagation definitely seems to be both, so there's probably significant overlap, but maybe there are some counter examples I haven't thought of yet.

Thank you for the kind words Jemist.

Yeah I'm open to improvements upon the use of the word "knowledge" because you're right that what I'm describing here isn't quite what either philosophers or cognitive scientists refer to as knowledge.