Knowledge is not just mutual information

The previous post looked at measuring the resemblance between some region and its environment as a possible definition of knowledge and found that it was not able to account for the range of possible representations of knowledge. This post will explore mutual information between a region within a system and the remainder of the system as a definition of the accumulation of knowledge. 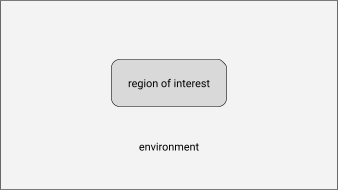 Mutual information is usually defined in terms of two variables whose exact values are unknown but over which we have probability distributions. In this post, the two variables are the physical configuration of the region of interest and the physical configuration of the environment. Looking at things in terms of physical objects is important because I want to be able to examine, say, a physical region within a shipping container or a subregion of a cellular automata and discern the accumulation of knowledge without having any a priori understanding of where the "agents" or "computers" or "beliefs" are within the system. The only structure I’m willing to take for granted is the physical state of the system and some region of interest that we are investigating as a possible site of knowledge accumulation.

It seems that mutual information does not take into account whether the information being accumulated is useful and accessible.

It seems again that measuring mutual information does not take into account whether the information being accumulated is useful and accessible, because what we are interested in is knowledge that allows an entity to exert goal-directed influence over the future, and a rock, despite being "a perfect map of itself" in this sense, doesn’t exert goal-directed influence over the future.

General problem: information is necessary but not sufficient for knowledge

Previous:
Knowledge is not just map/territory resemblance
4 comments28 points
Next:
Knowledge is not just digital abstraction layers
4 comments18 points
Log in to save where you left off
Pingbacks
17David Wolpert on Knowledge
14The inescapability of knowledge
2 comments, sorted by
top scoring
Highlighting new comments since Today at 8:18 PM
New Comment
[-]Adam Shimi3mo 1

Thanks again for a nice post in this sequence!

The previous post looked at measuring the resemblance between some region and its environment as a possible definition of knowledge and found that it was not able to account for the range of possible representations of knowledge.

I found myself going back to the previous post to clarify what you mean here. I feel like you could do a better job of summarizing the issue of the previous post (maybe by mentioning the computer example explicitly?).

I need to get deeper into information theory, but that is probably the most intuitive explanation of mutual information I've seen. I delayed reading this post because I worried that my half-remembered information theory wasn't up to it, but you deal with that nicely.

For example, a computer that is using an electron microscope to build up a circuit diagram of its own CPU ought to be considered an example of the accumulation of knowledge. However, the mutual information between the computer and itself is always equal to the entropy of the computer and is therefore constant over time, since any variable always has perfect mutual information with itself.

But wouldn't there be a part of the computer that accumulates knowledge about the whole computer?

Maybe it's my lack of understanding of information theory speaking, but that sounds wrong. Surely there's a difference between cases where the region of interest determines the full environment, and when it is completely independent of the rest of the environment?

Despite my comments above, that sounds broadly correct. I'm not sure that the mutual information would capture your example of the textbook for example, even when it contains a lot of knowledge.

Seems like maybe the solution should perhaps be that you should only take 'the system' to be the 'controllable' physical variables, or those variables that are relevant for 'consequential' behaviour? Hopefully if one can provide good definitions for these, it will provide a foundation for saying what the abstractions should be that let us distinguish between 'high-level' and 'low-level' behaviour.