I haven't been terribly satisfied by the first few posts in this sequence; they don't do a very good job introducing things. I think part of the problem is the format, so I decided to invest in a high-end studio and try making a video instead.

It's about 10 minutes, covers similar material to the first few posts, but IMO does a better job communicating what's going on. 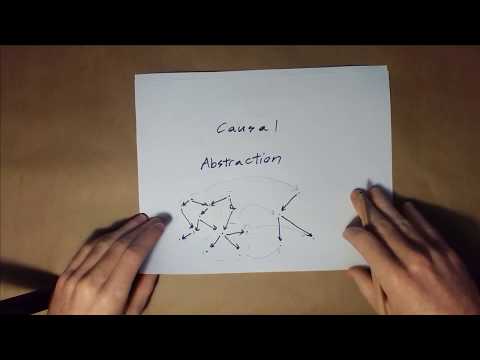 Feedback on the format is appreciated (including "didn't watch the video but would have read a normal post" or vice versa). So far I think the video provides better explanation per-unit-effort, and I lean toward doing more of them. Obviously both the setup and the postprocessing were pretty low-investment on this one; I'll probably put a bit more effort into production if I'm going to do this regularly.

Previous:
Abstraction, Causality, and Embedded Maps: Here Be Monsters
No comments25 karma
Next:
Definitions of Causal Abstraction: Reviewing Beckers & Halpern
No comments25 karma
Log in to save where you left off
Mentioned in
15Formulating Reductive Agency in Causal Models
6Trace: Goals and Principles
New Comment
1 comment, sorted by
top scoring
Click to highlight new comments since: Today at 9:04 AM
[-]Ramana Kumar3y 3