(A longer text-based version of this post is also available on MIRI's blog here, and the bibliography for the whole sequence can be found here) 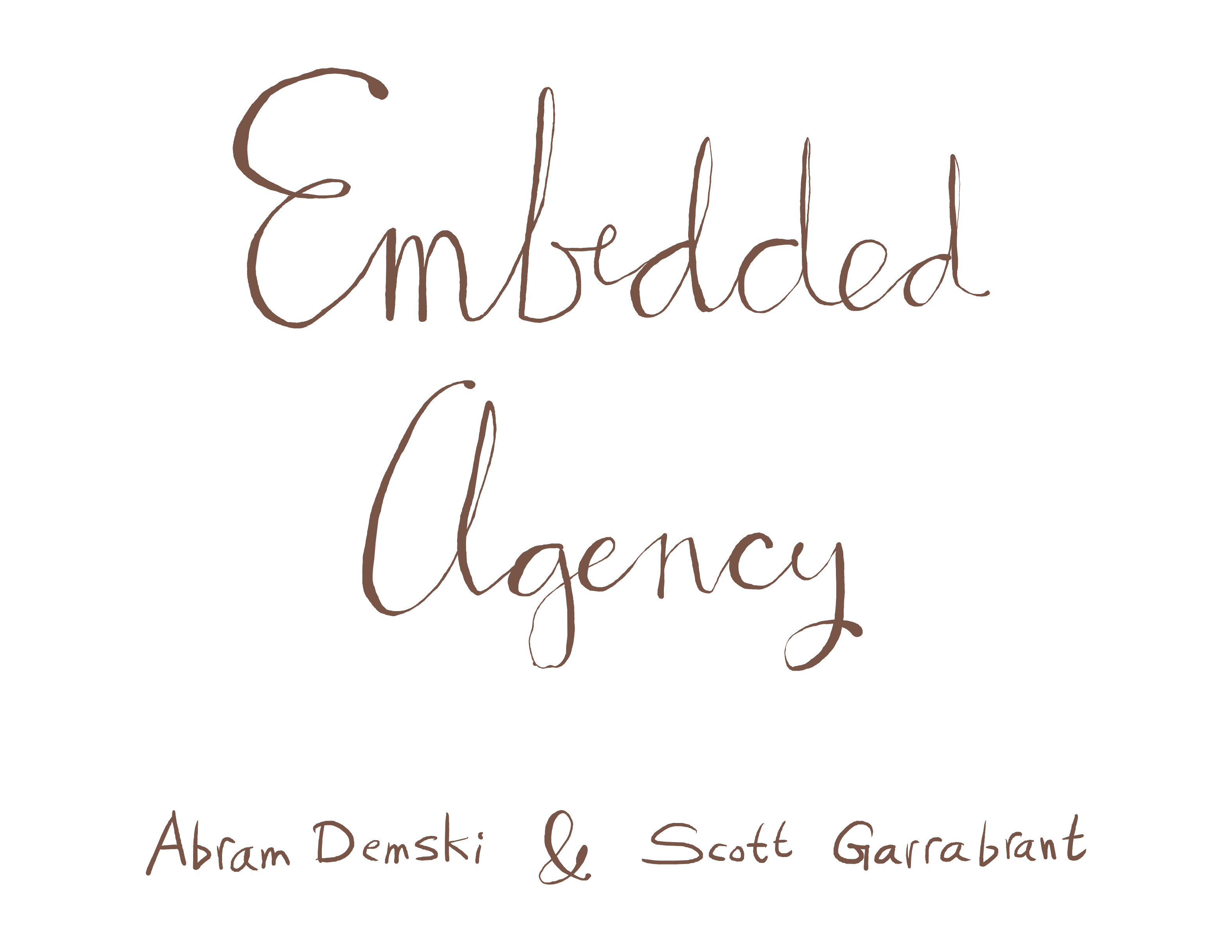 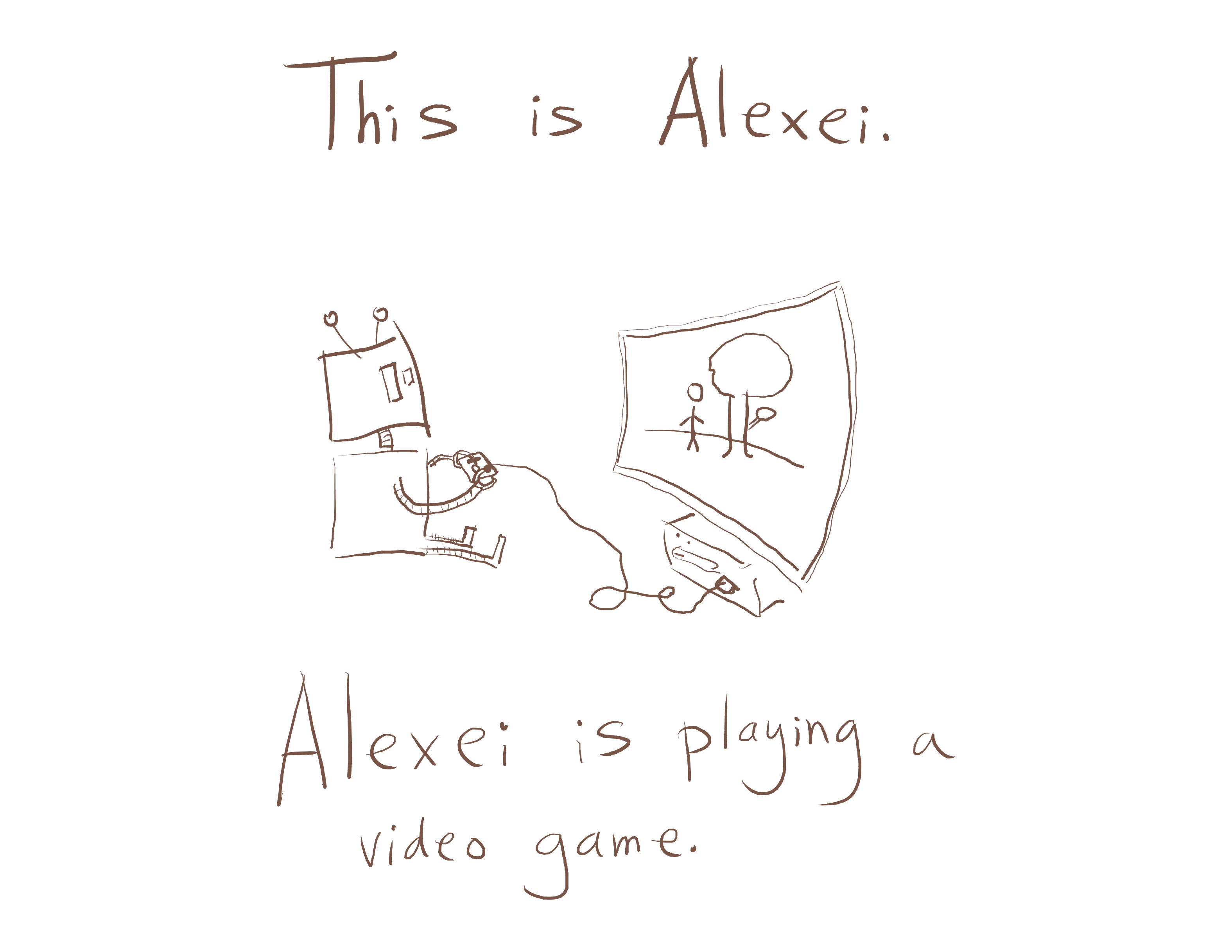 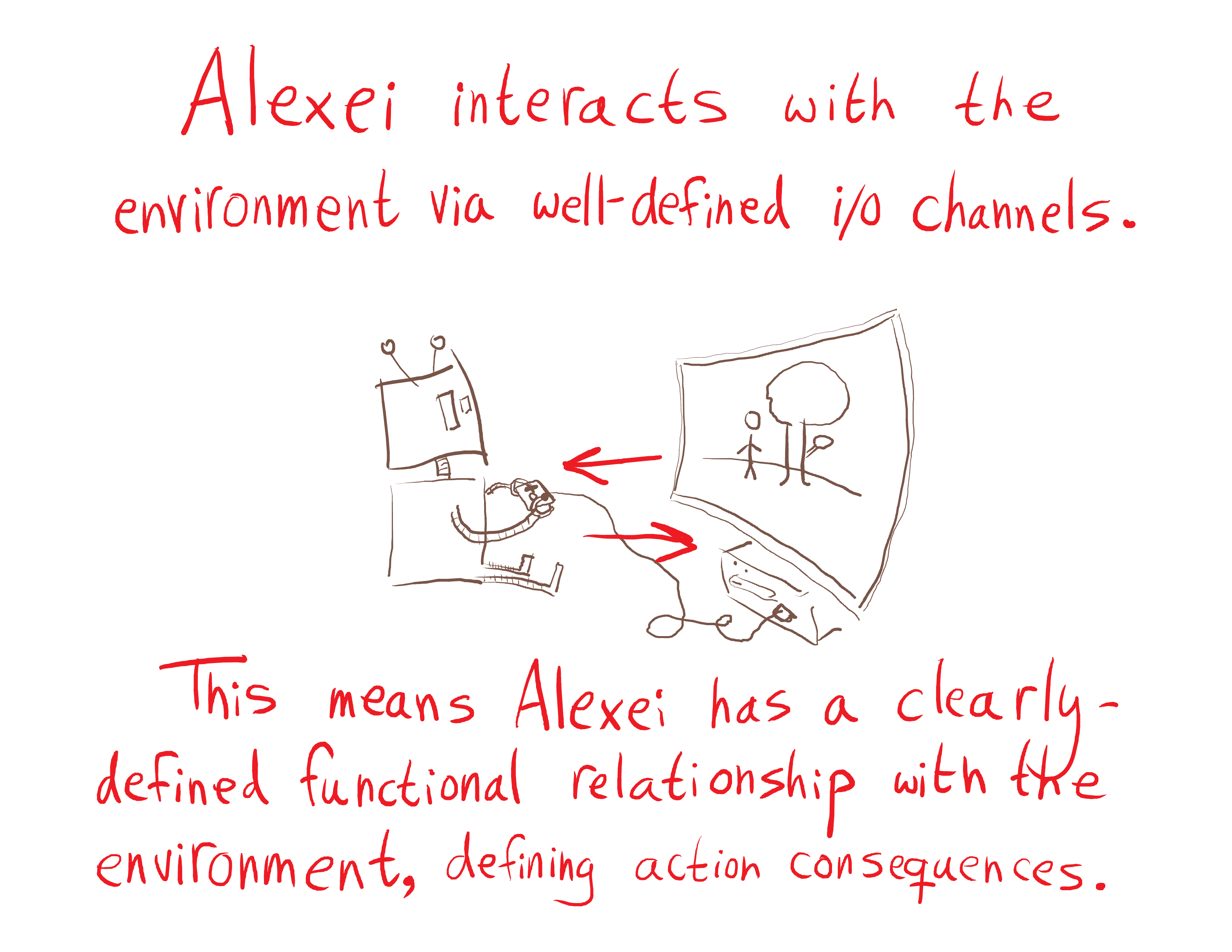 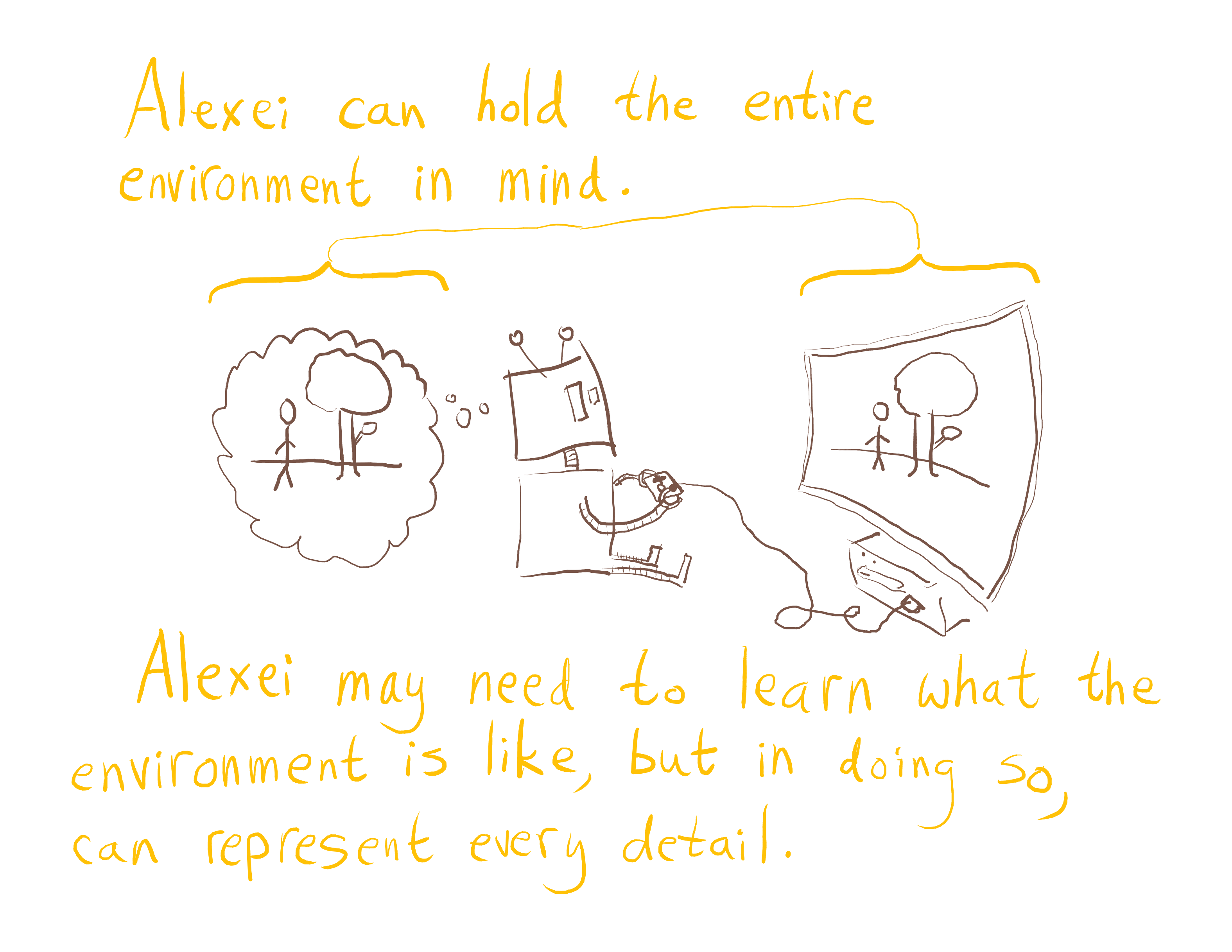 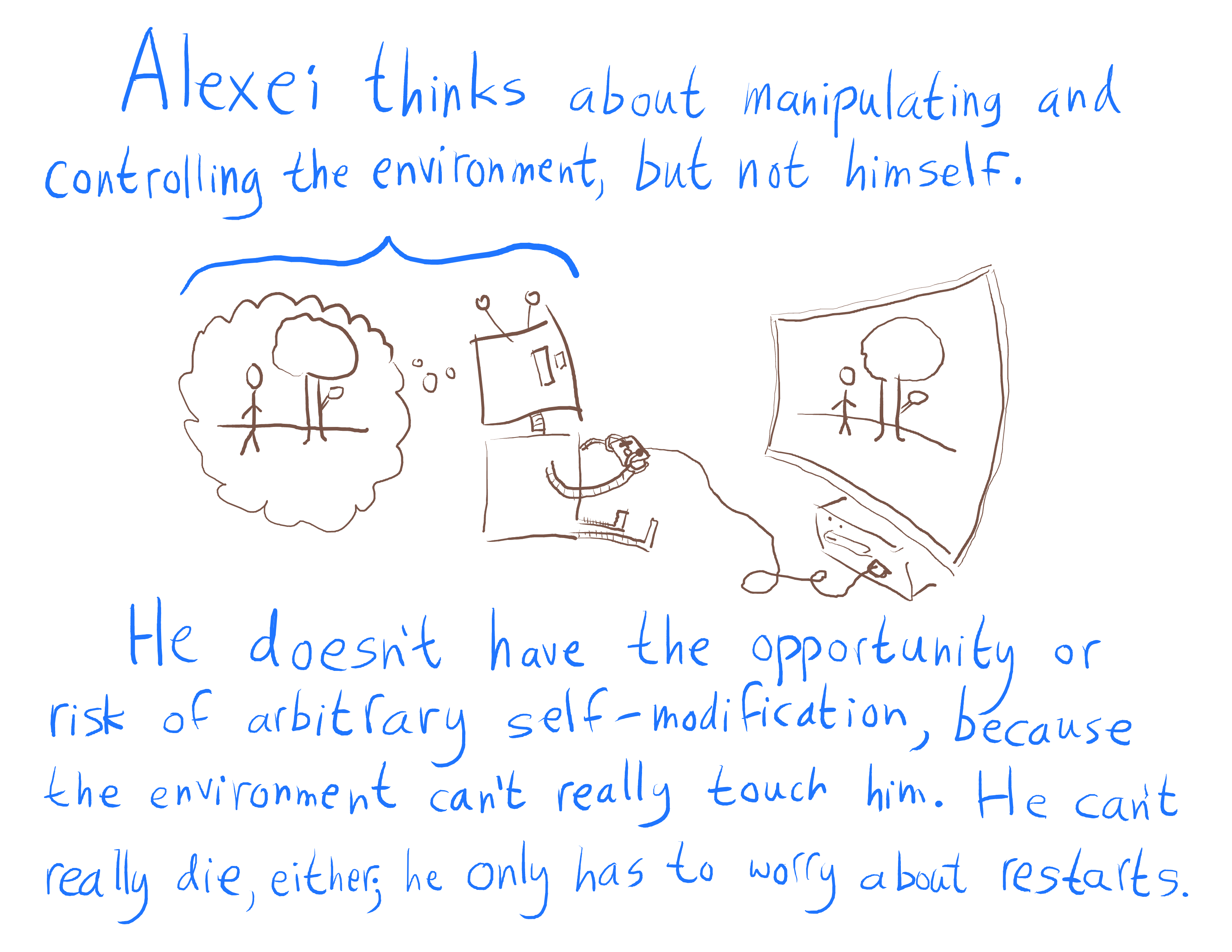 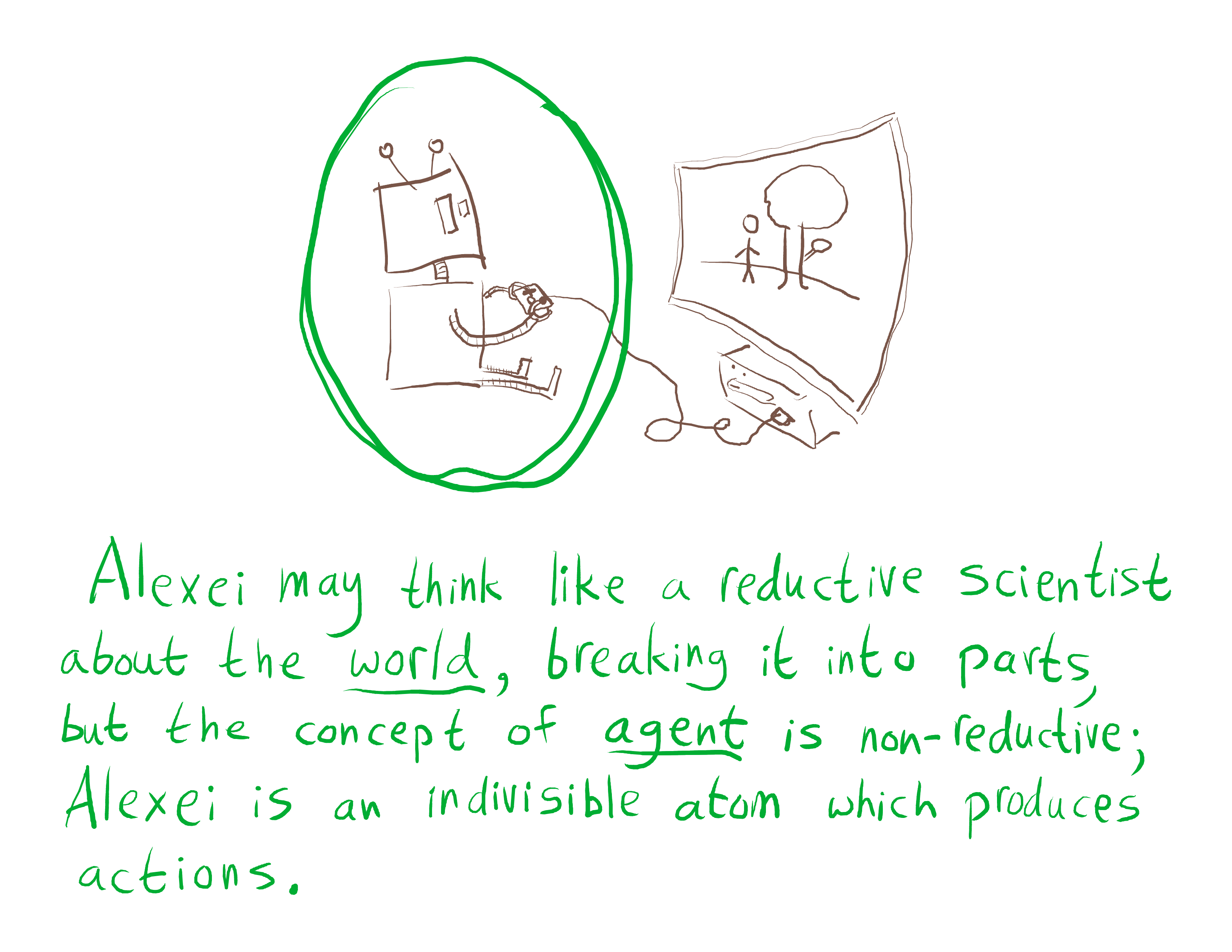 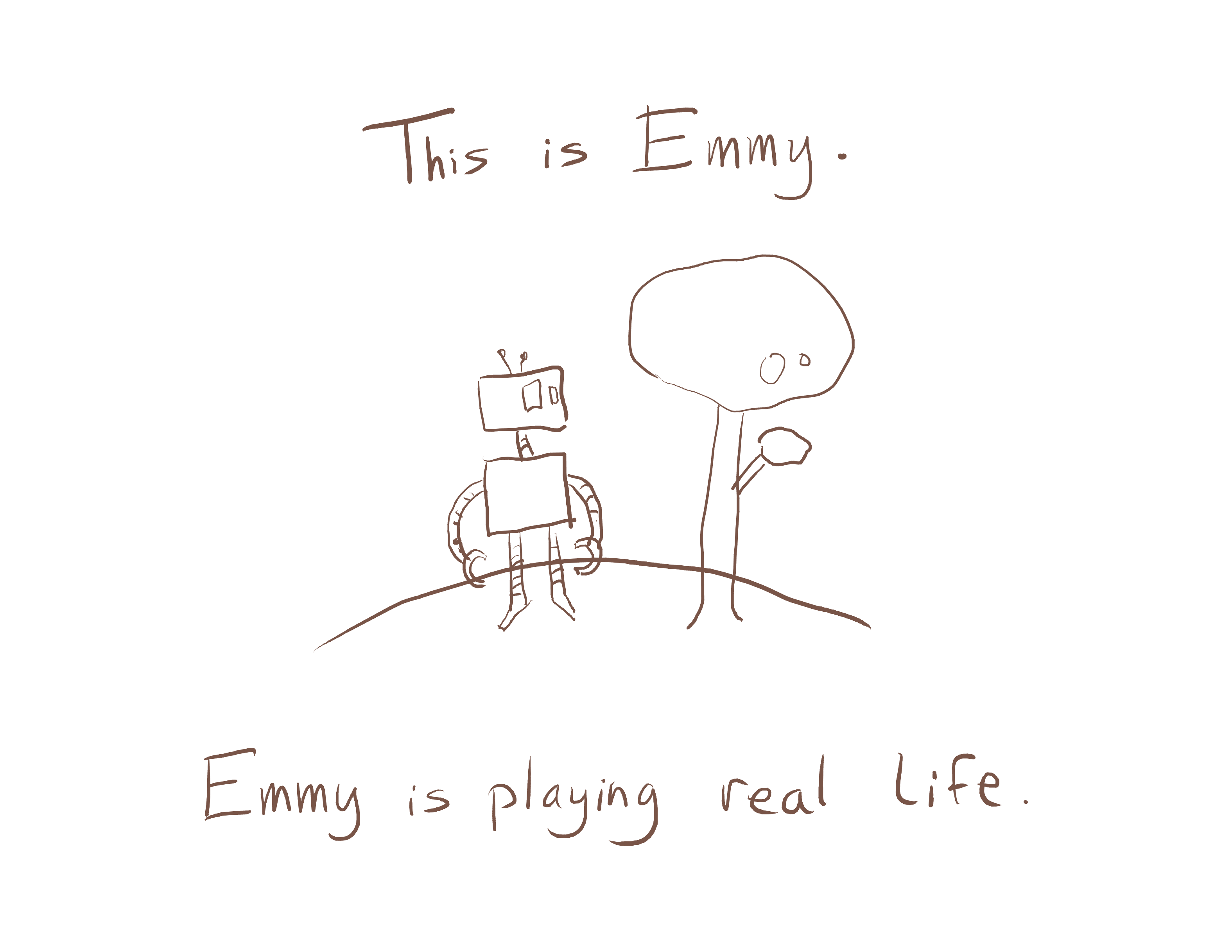 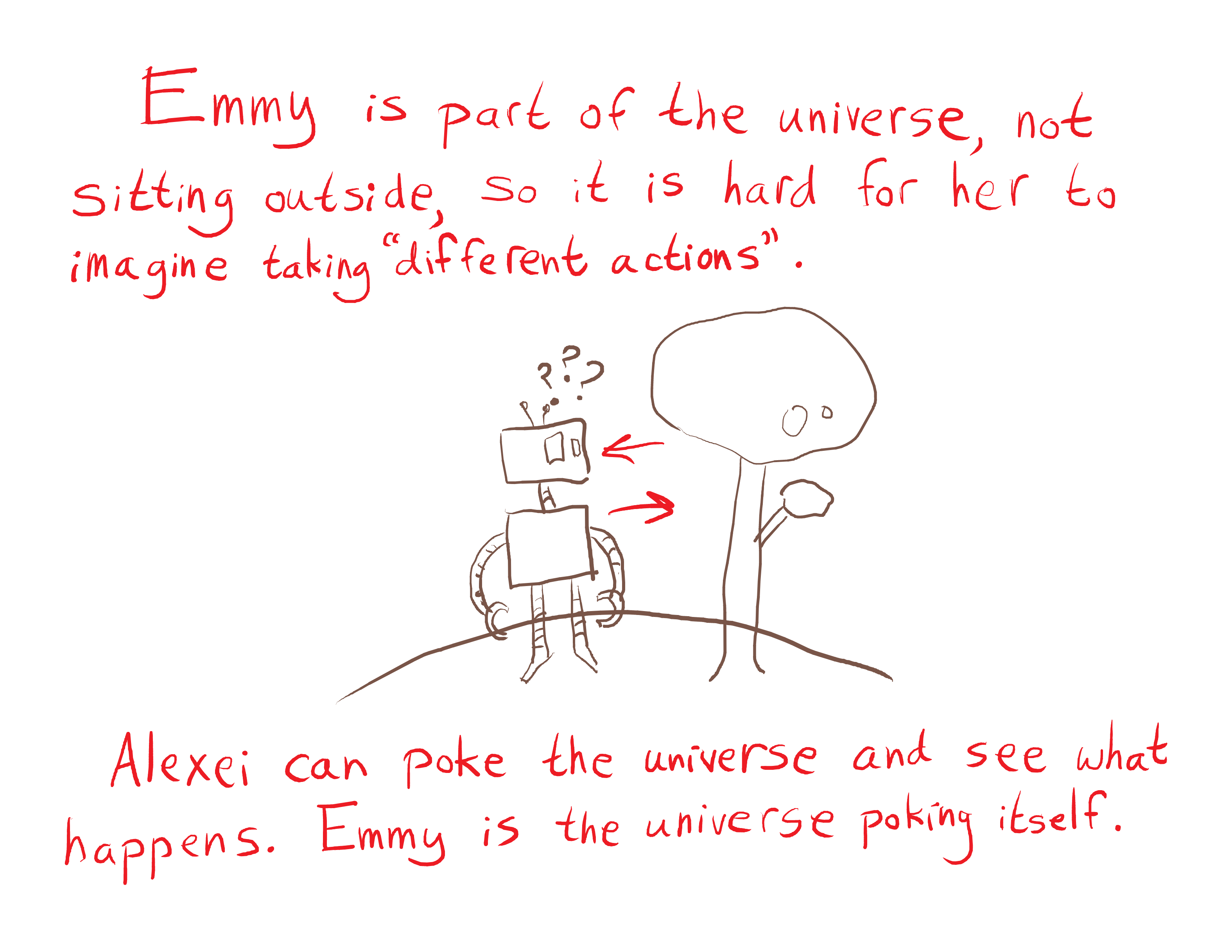 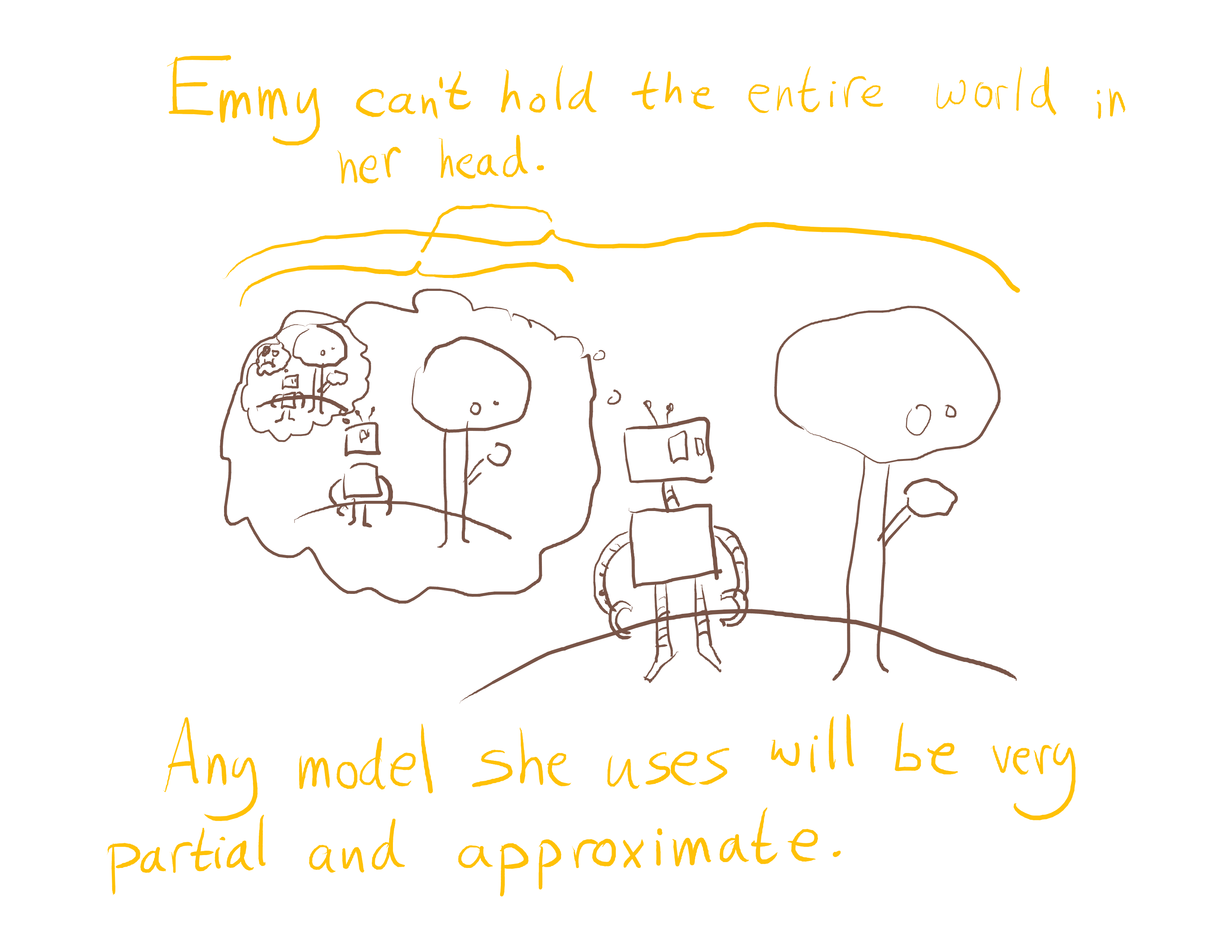 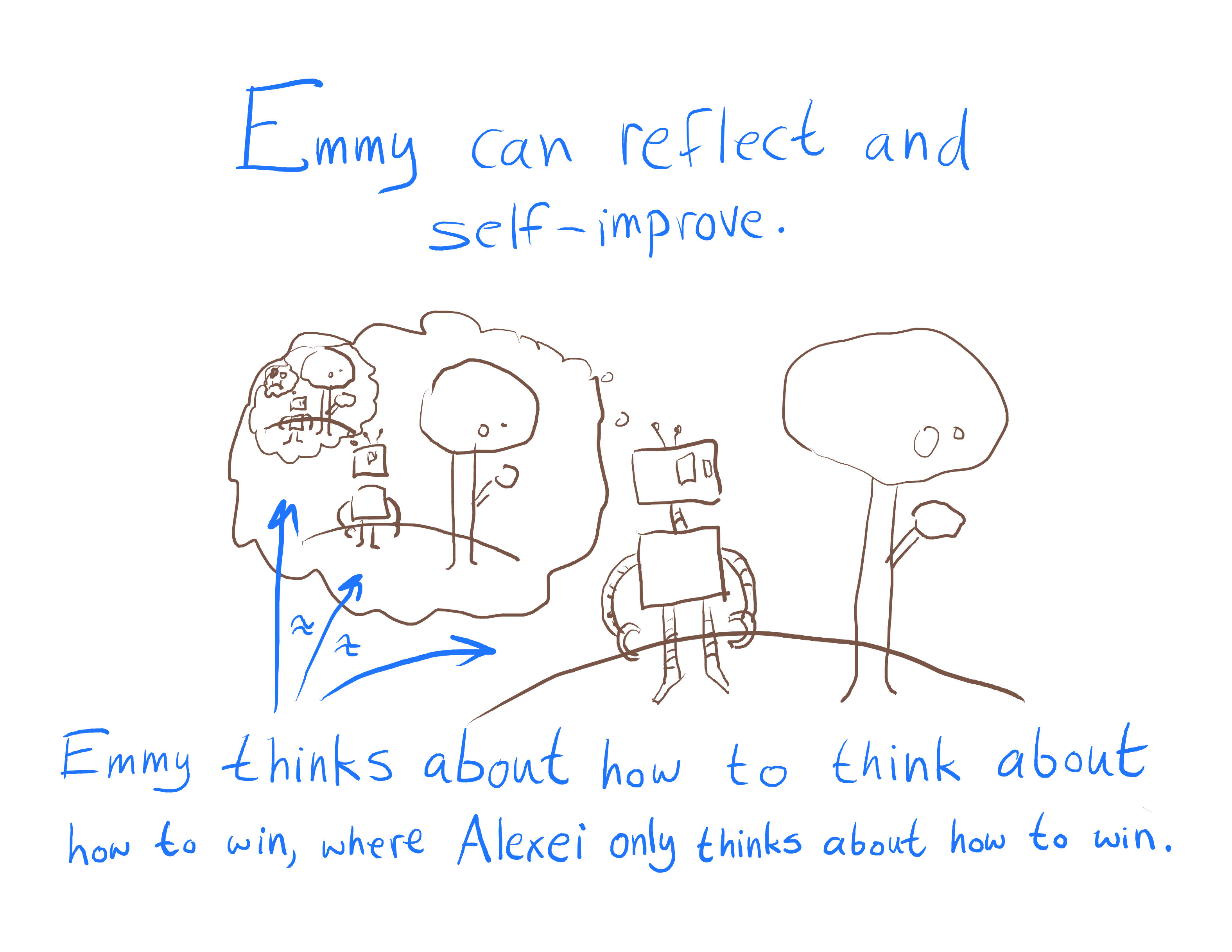 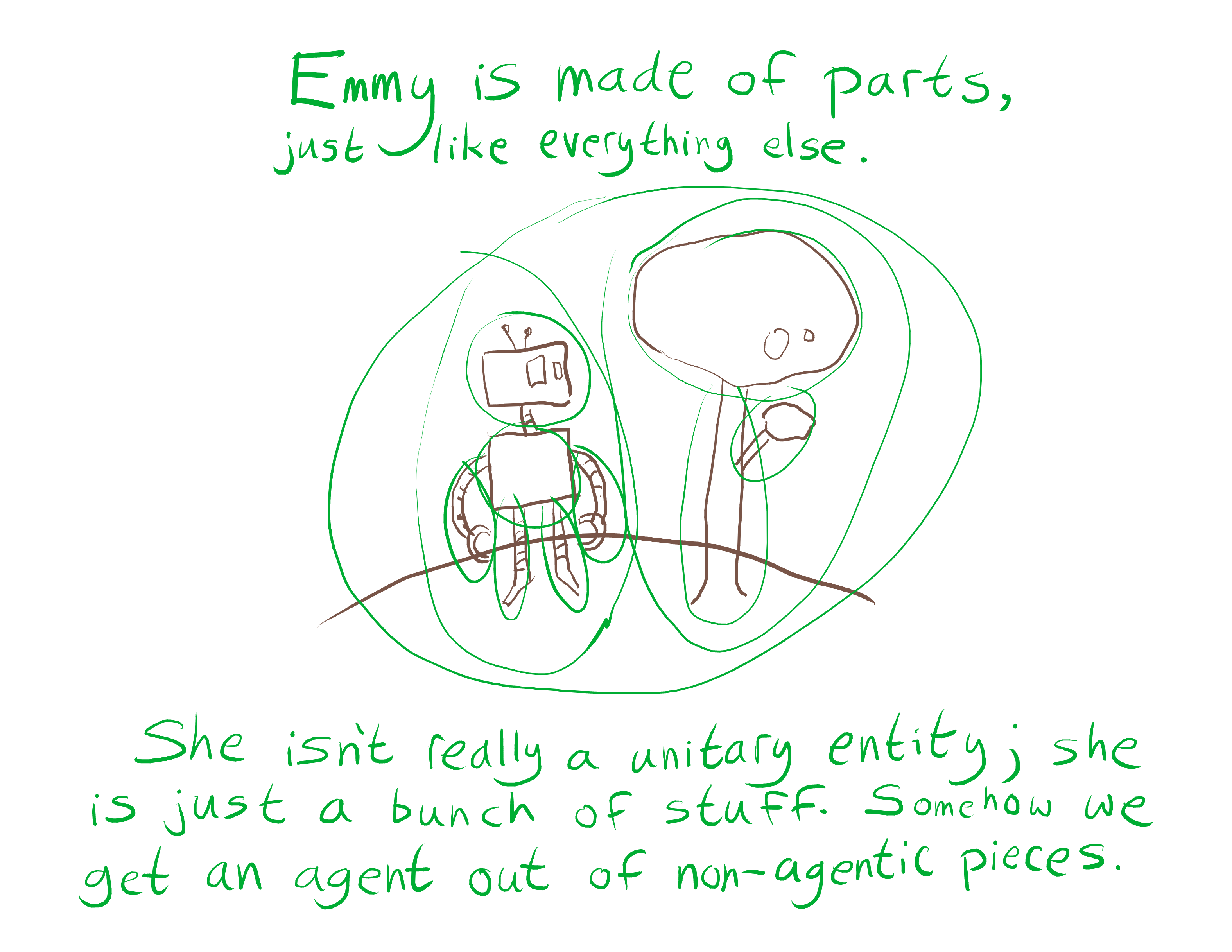 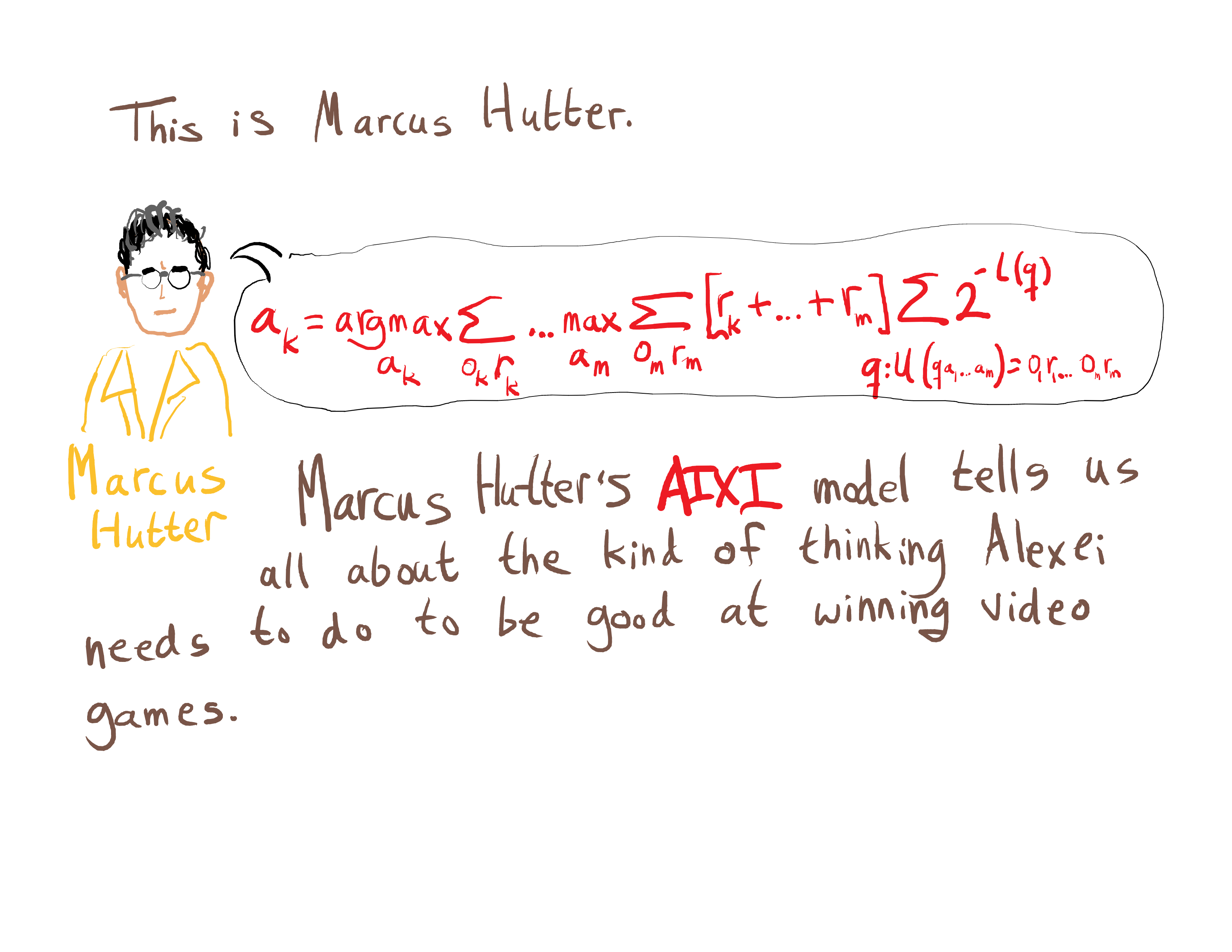 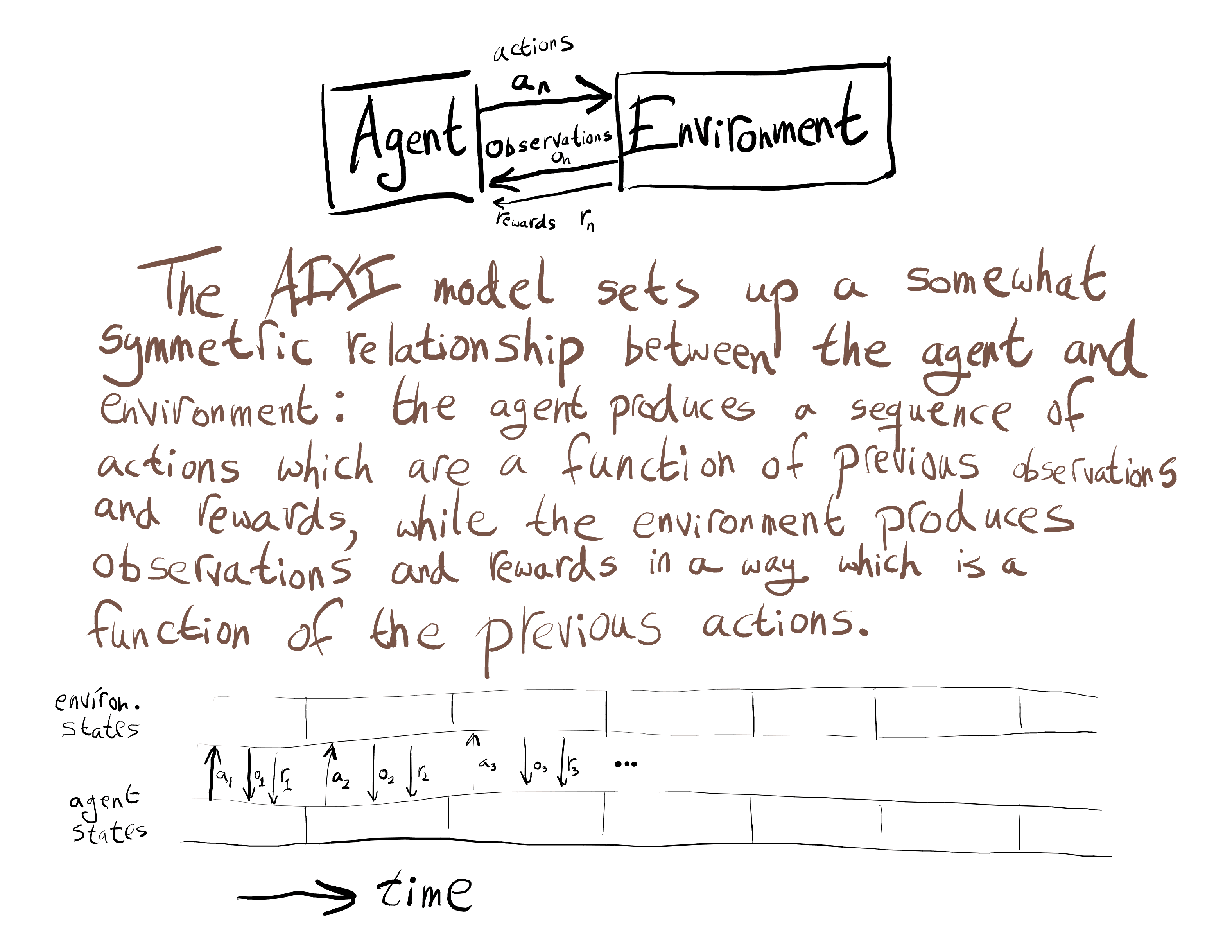 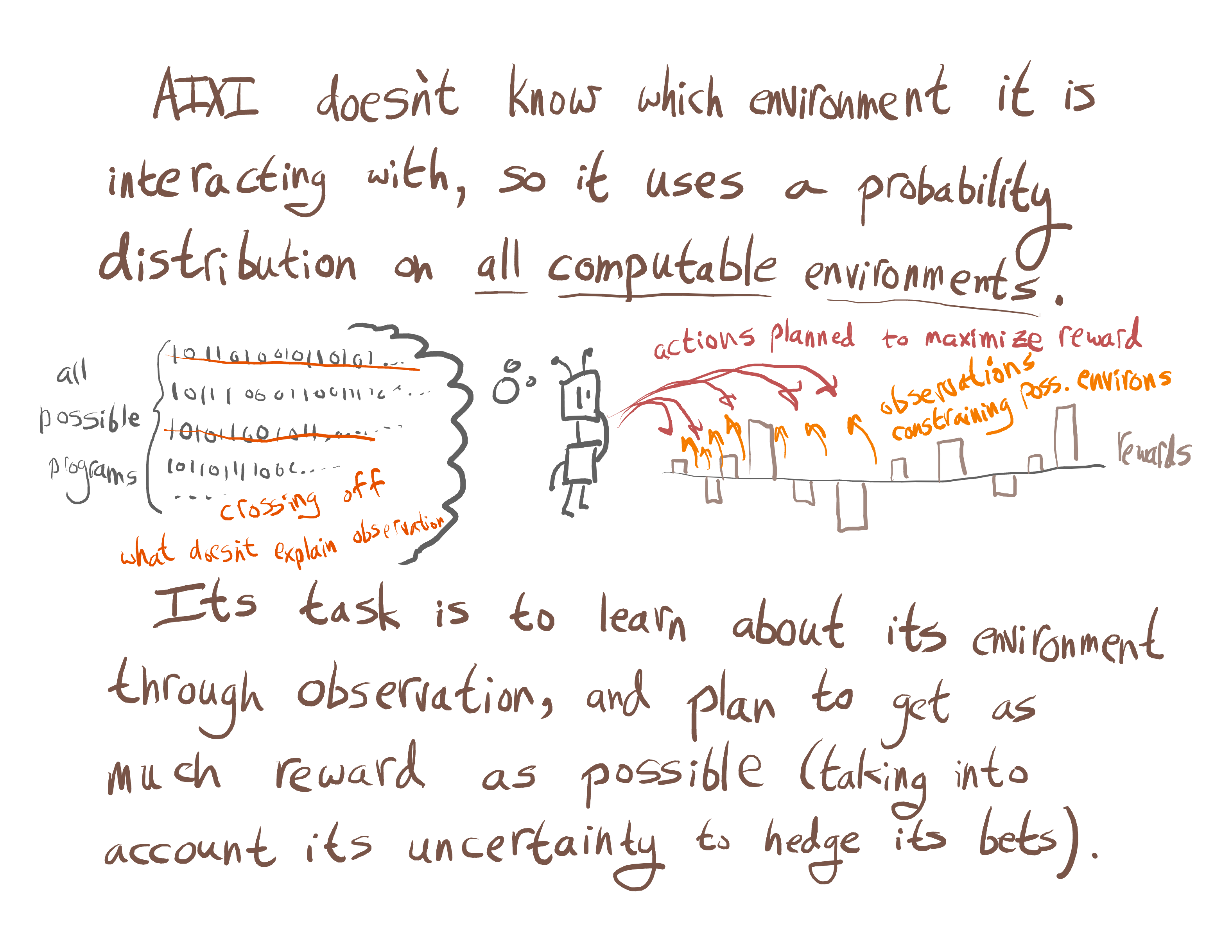 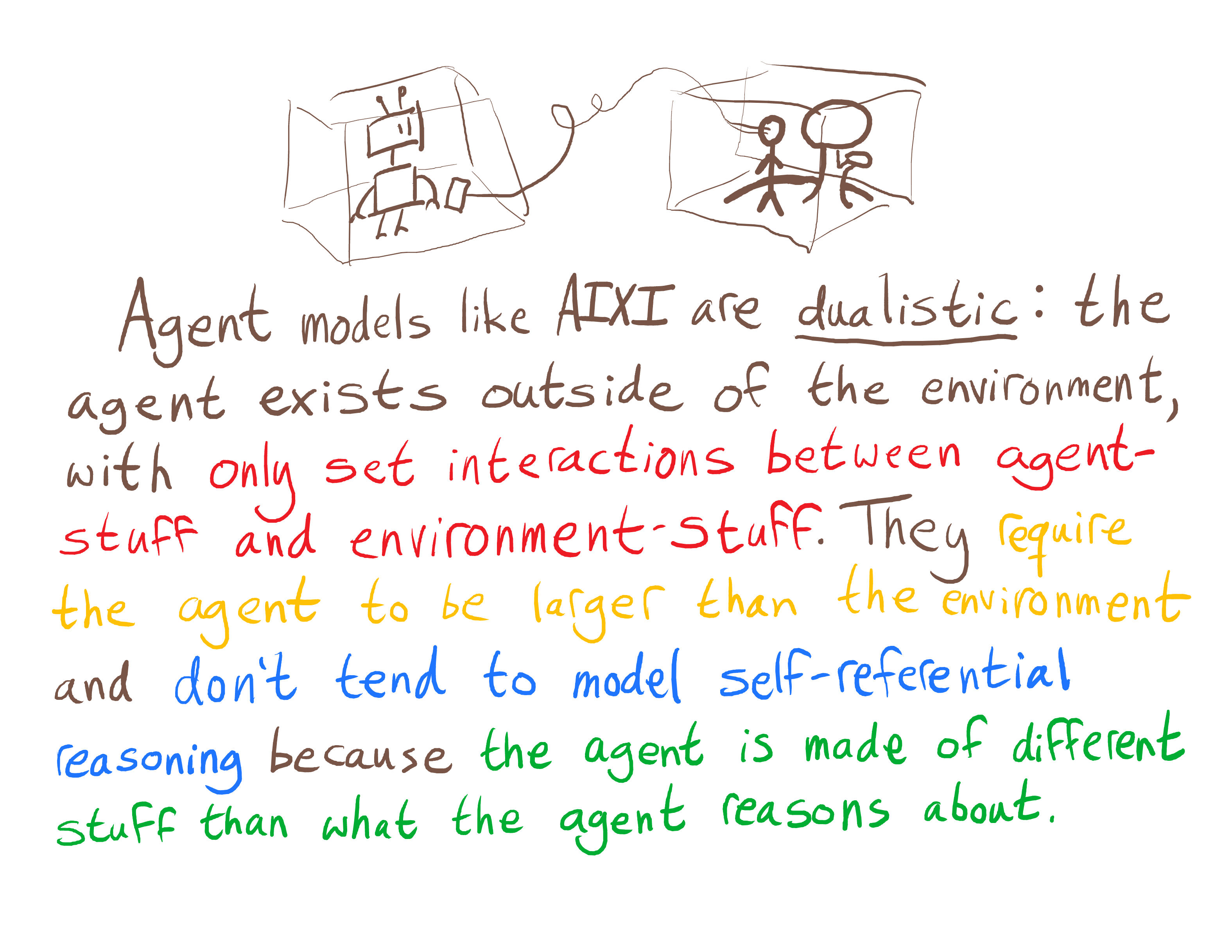 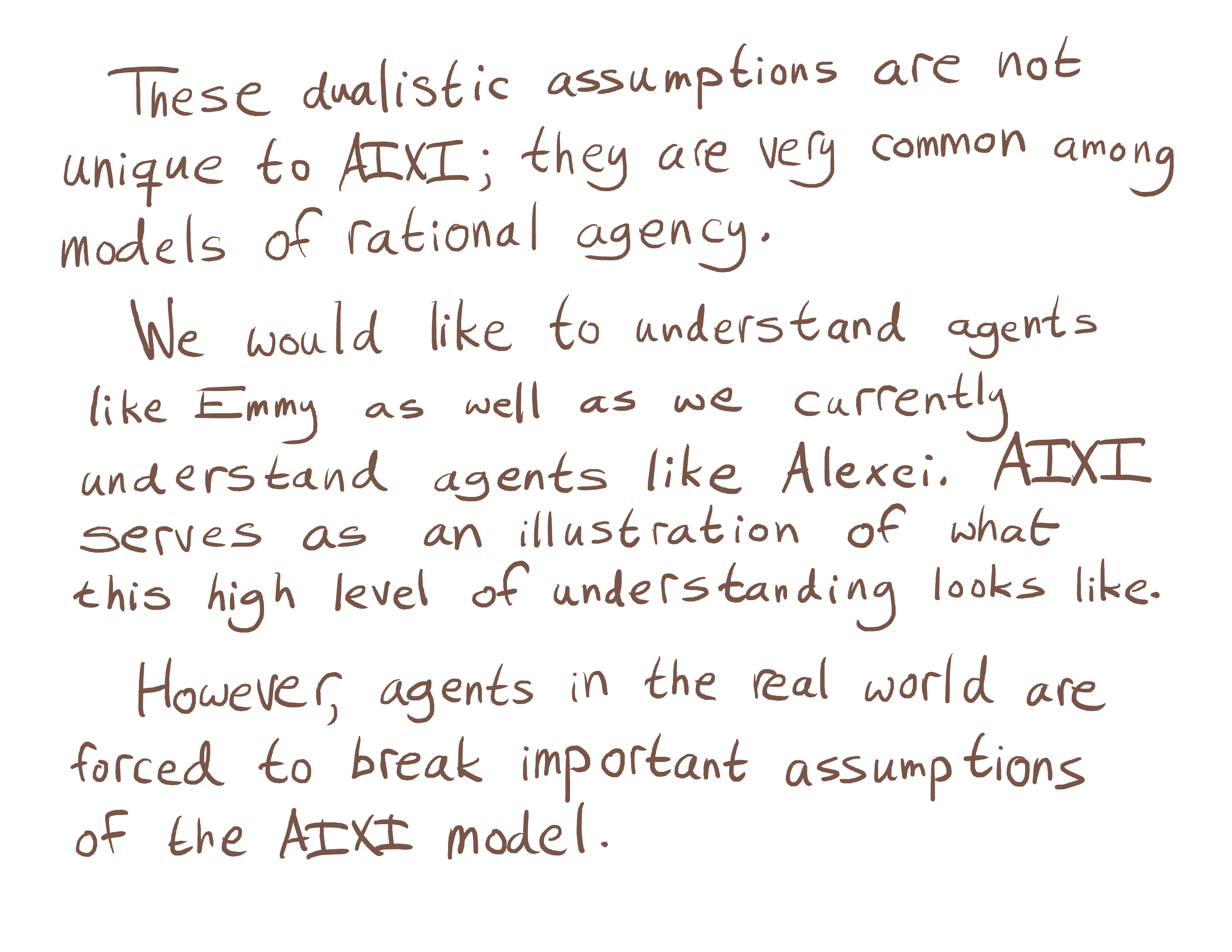 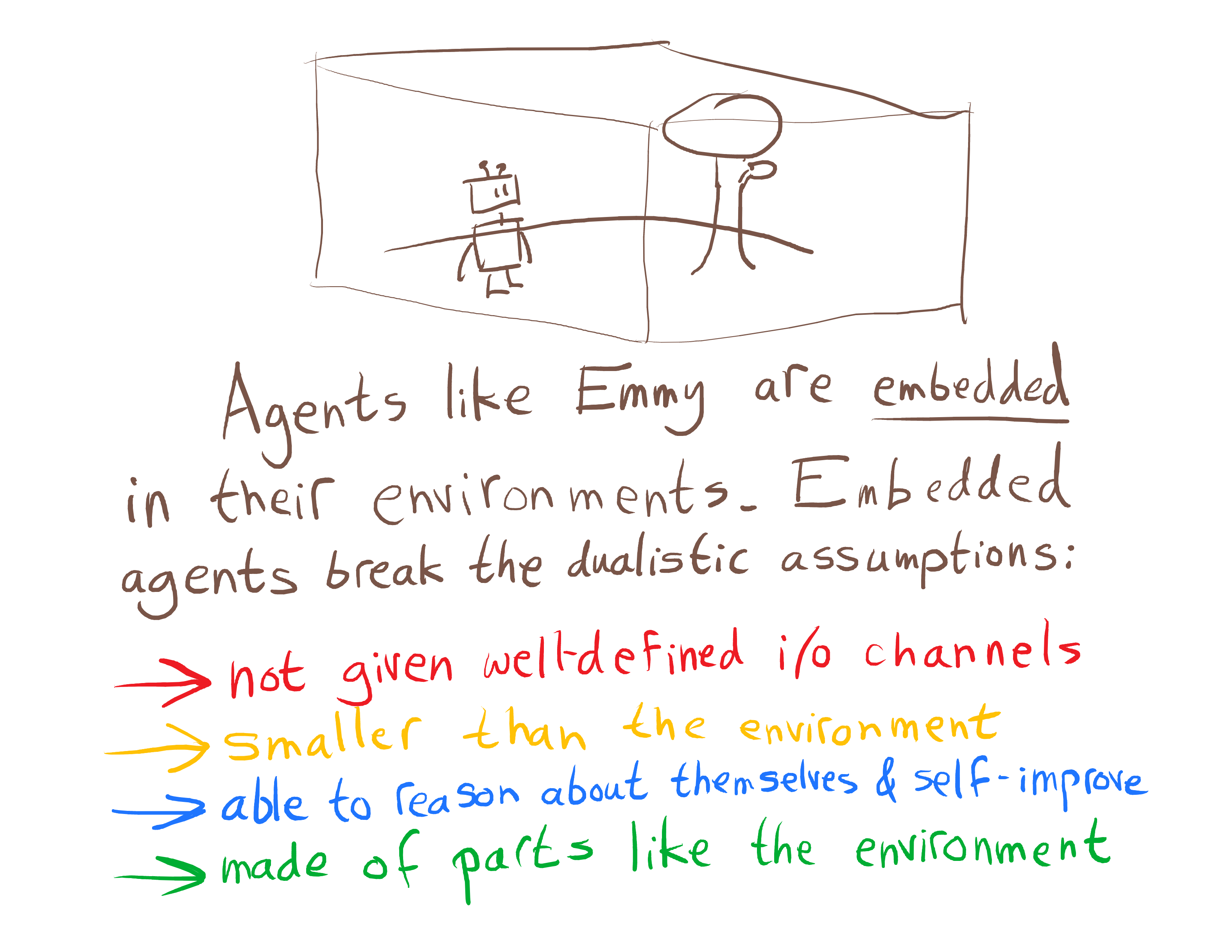 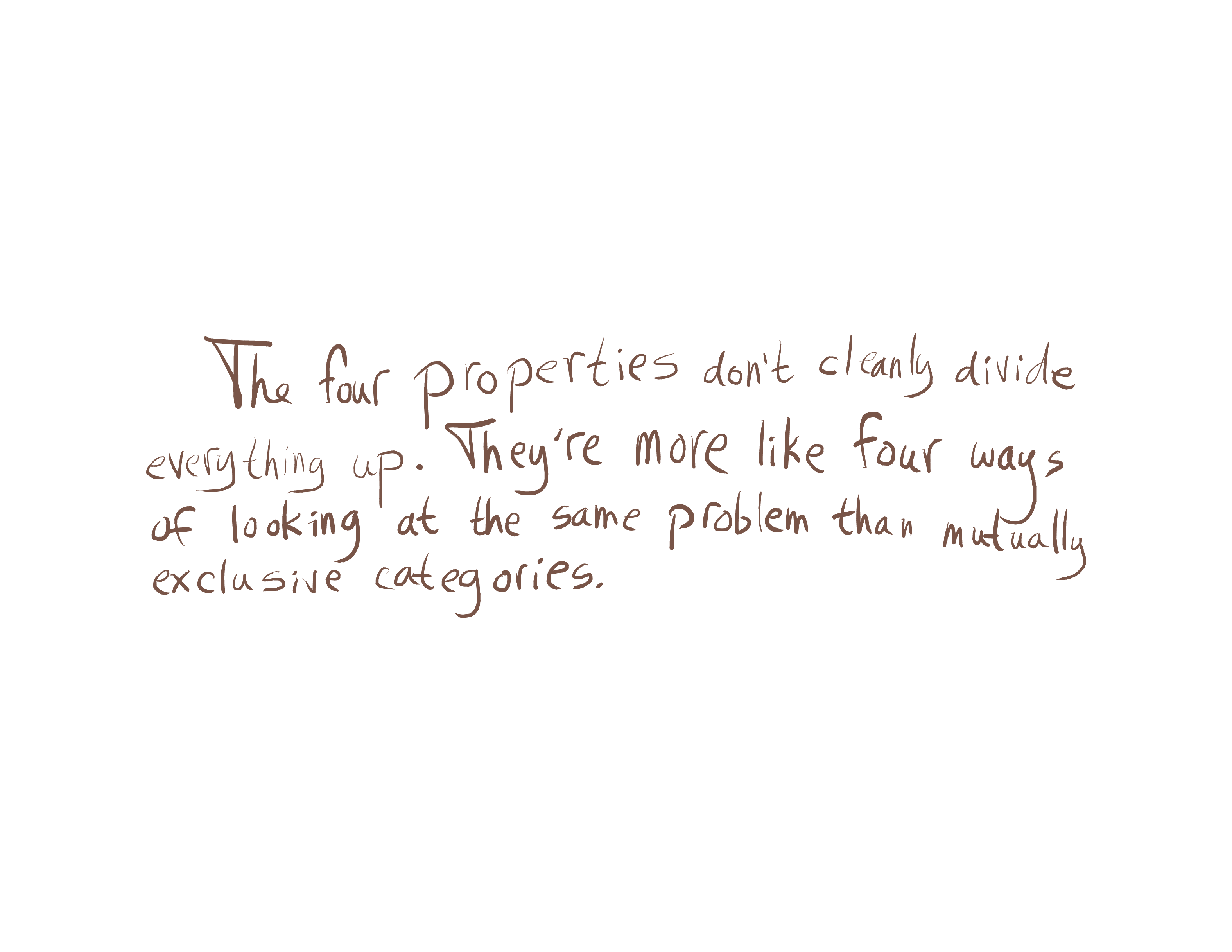 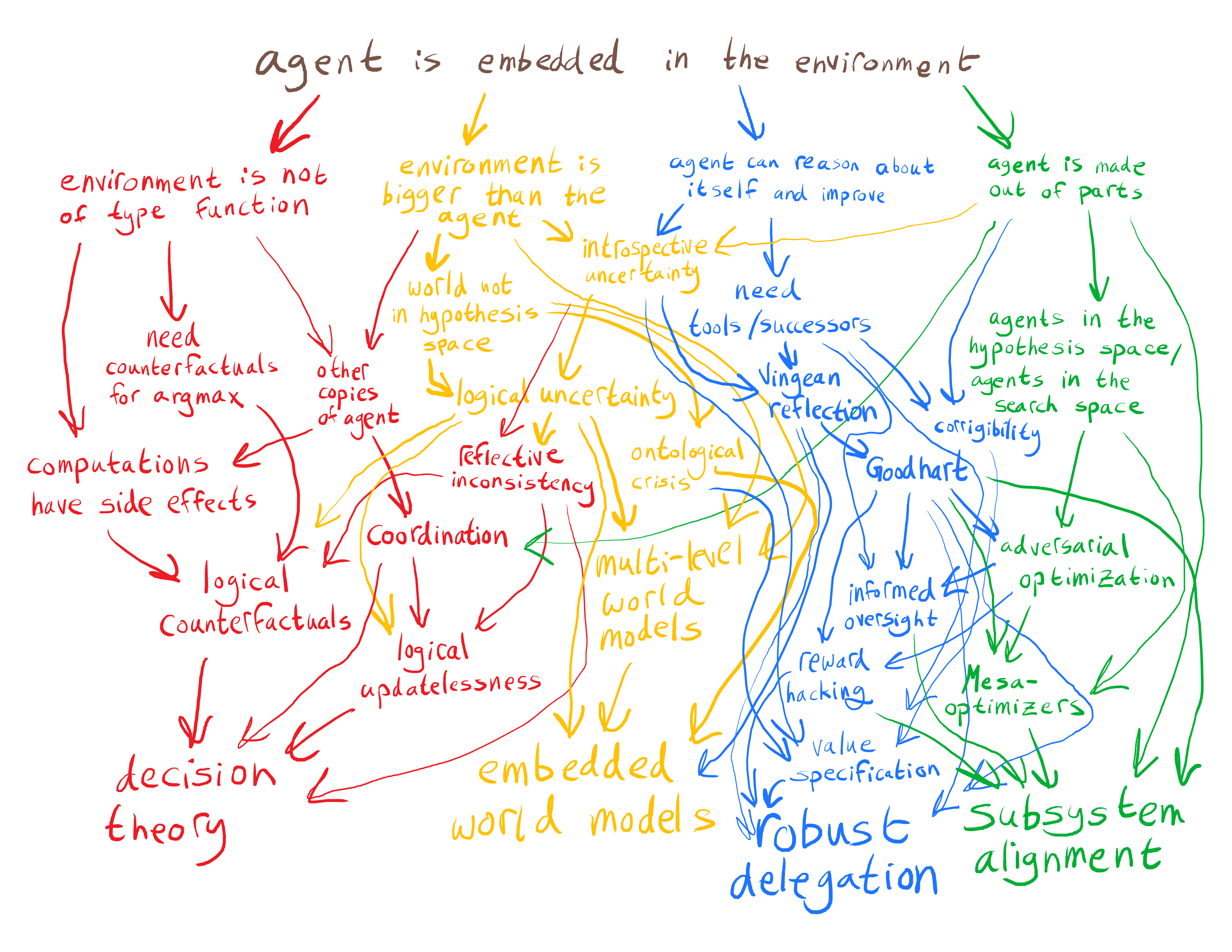 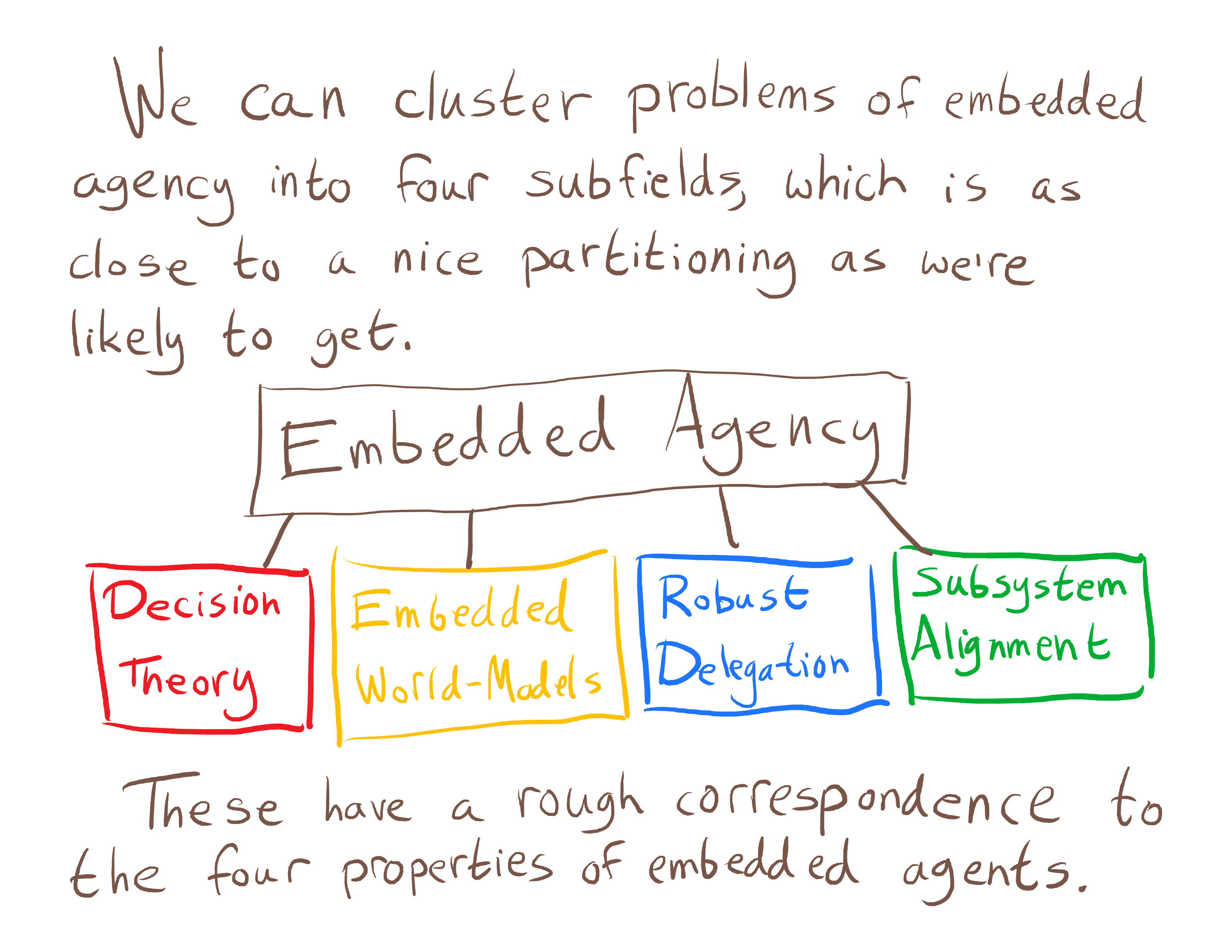 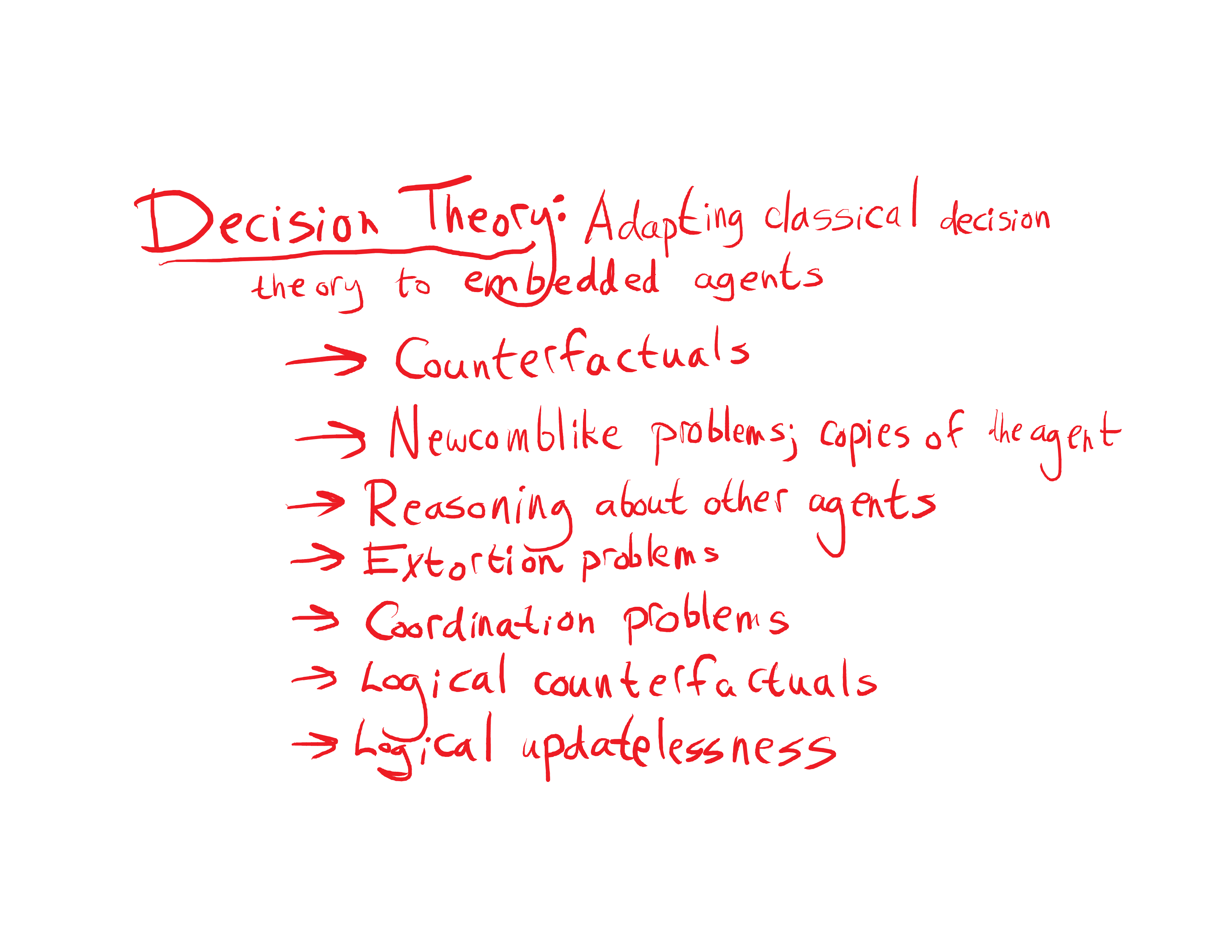 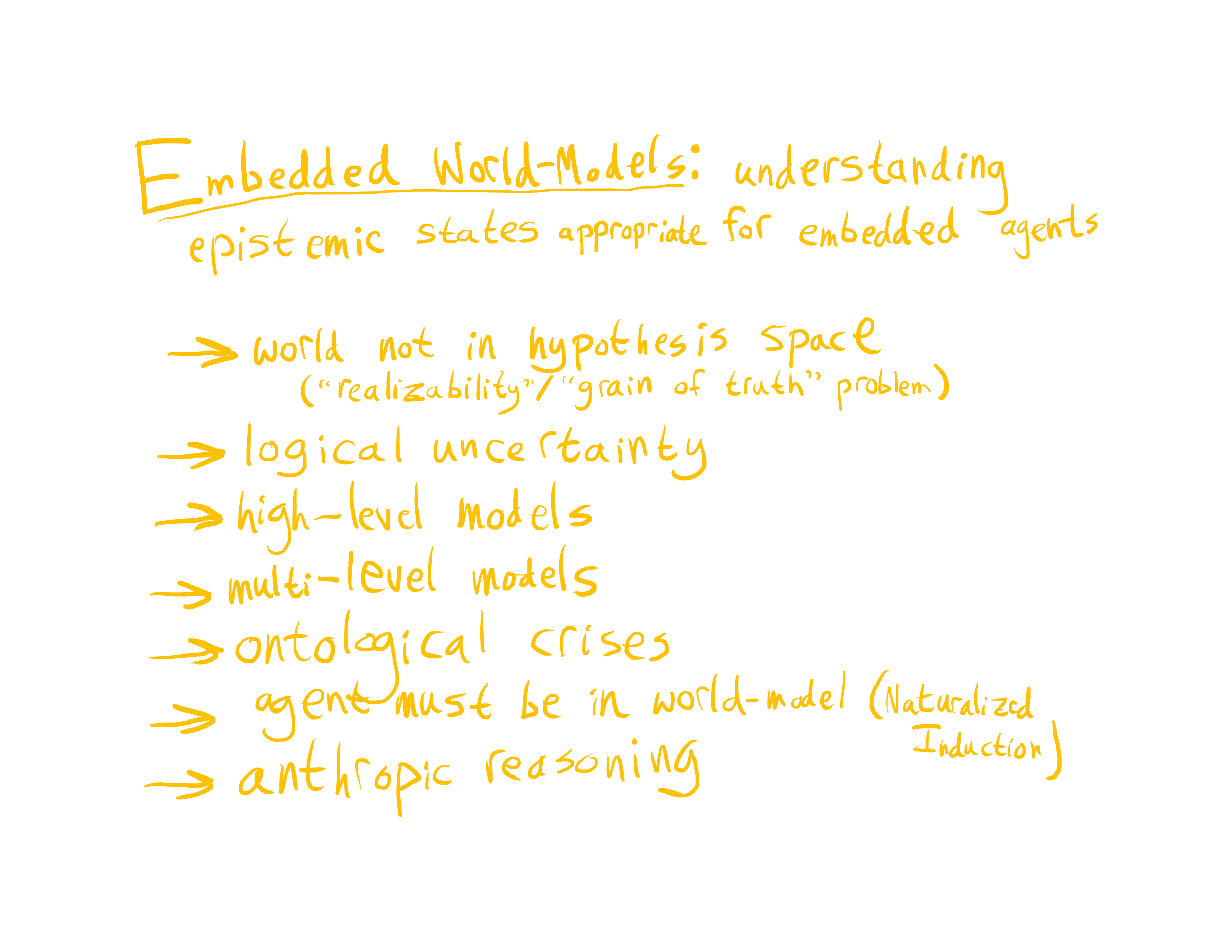 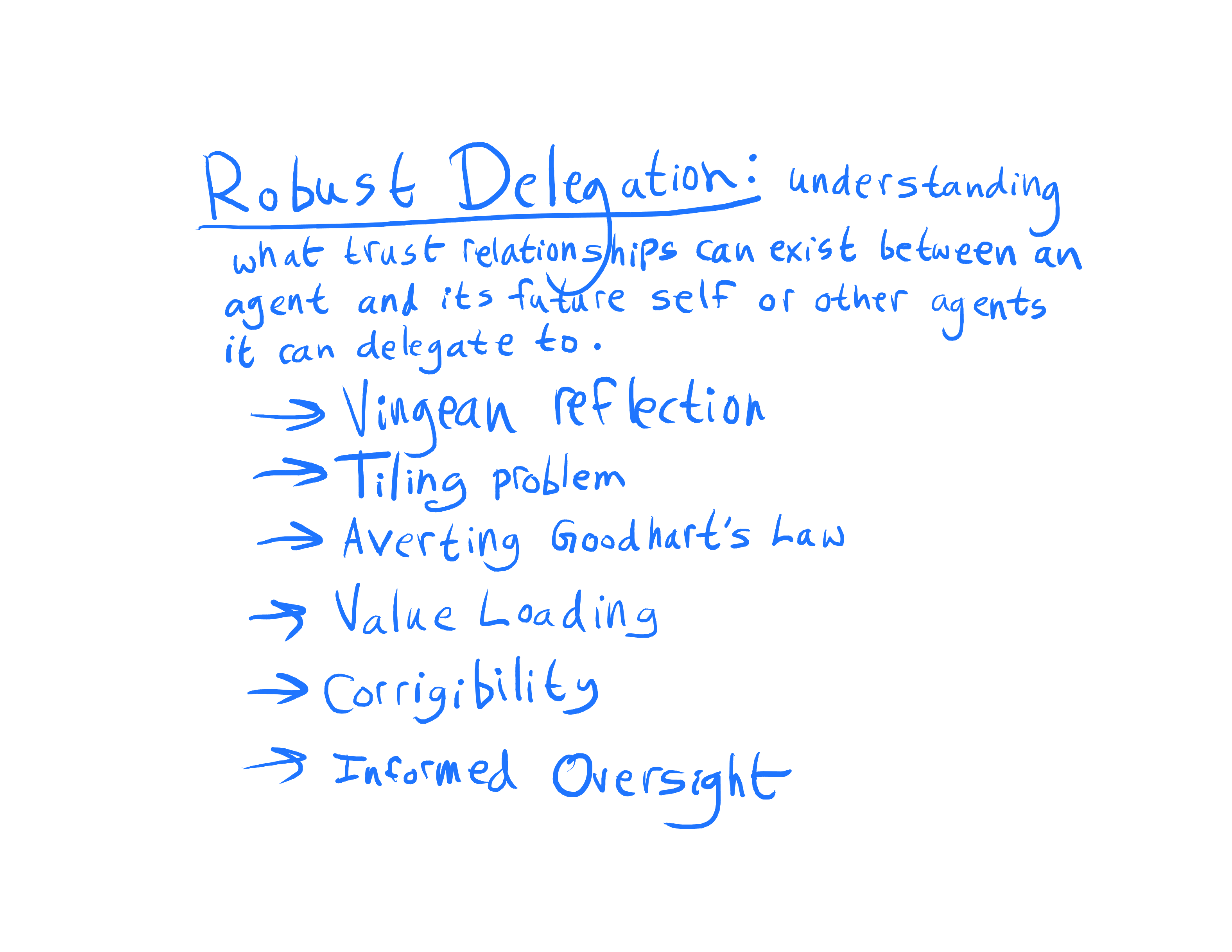 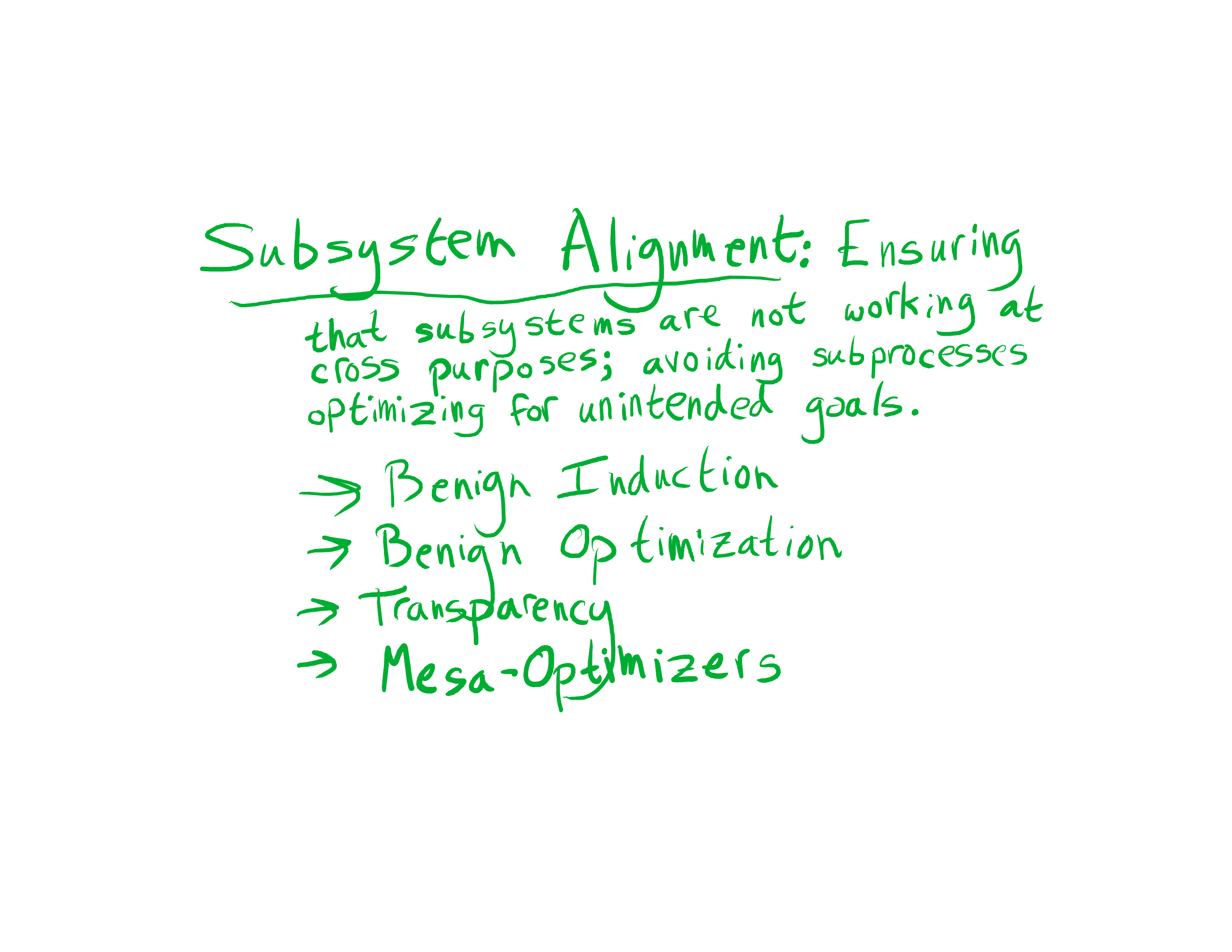 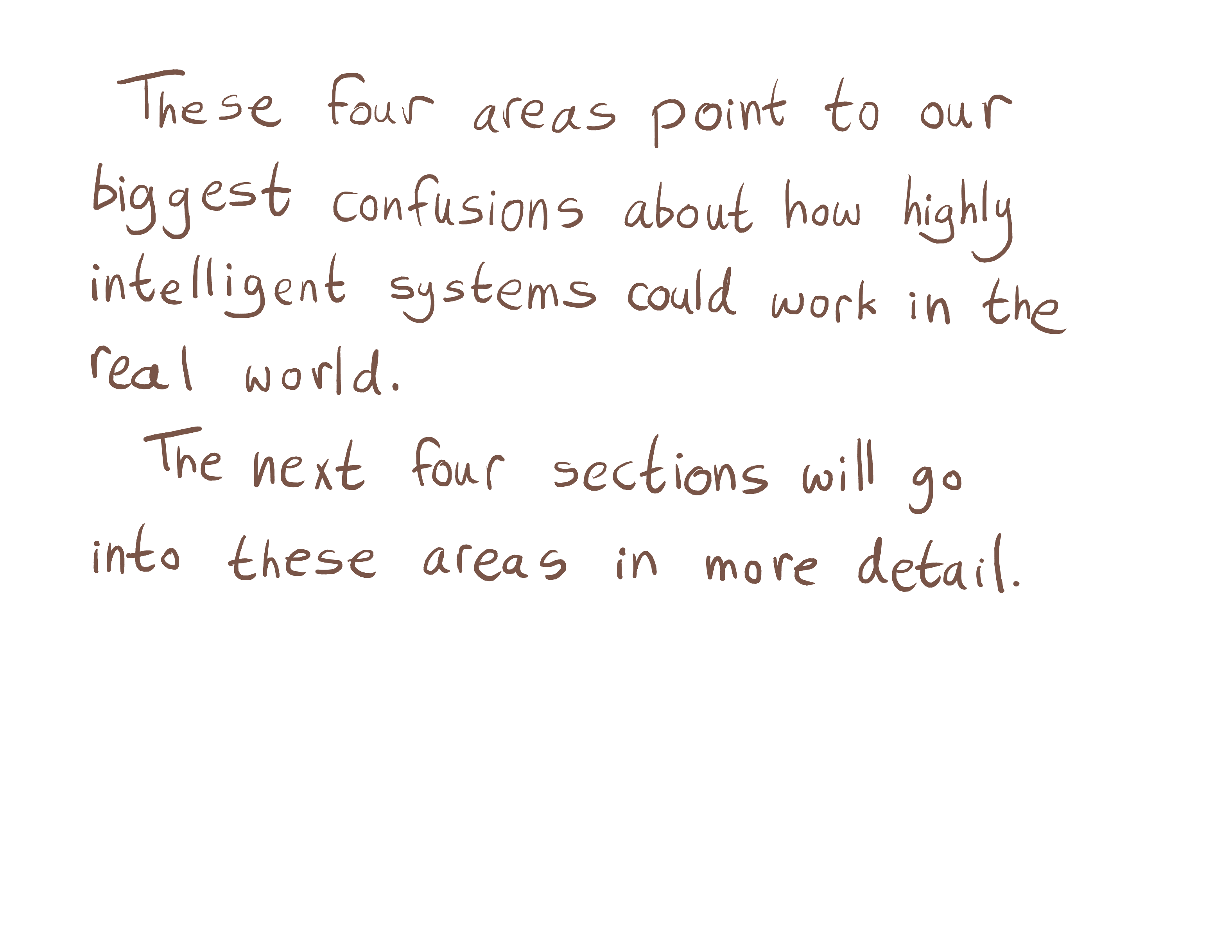 This is not a complete answer, but it is part of my picture:

(It is the part of the picture that I can give while being only descriptive, and not prescriptive. For epistemic hygiene reasons, I want avoid discussions of how much of different approaches we need in contexts (like this one) that would make me feel like I was justifying my research in a way that people might interpret as an official statement from the agent foundations team lead.)

I think that Embedded Agency is basically a refactoring of Agent Foundations in a way that gives one central curiosity based goalpost, rather than making it look like a bunch of independent problems. It is mostly all the same problems, but it was previously packaged as "Here are a bunch of things we wish we understood about aligning AI," and in repackaged as "Here is a central mystery of the universe, and here are a bunch things we don't understand about it." It is not a coincidence that they are the same problems, since they were generated in the first place by people paying close to what mysteries of the universe related to AI we haven't solved yet.

I think of Agent Foundations research has having a different type signature than most other AI Alignment research, in a way that looks kind of like Agent Foundations:other AI alignment::science:engineering. I think of AF as more forward-chaining and other stuff as more backward-chaining. This may seem backwards if you think about AF as reasoning about superintelligent agents, and other research programs as thinking about modern ML systems, but I think it is true. We are trying to build up a mountain of understanding, until we collect enough that the problem seems easier. Others are trying to make direct plans on what we need to do, see what is wrong with those plans, and try to fix the problems. Some consequences of this is that AF work is more likely to be helpful given long timelines, partially because AF is trying to be the start of a long journey of figuring things out, but also because AF is more likely to be robust to huge shifts in the field.

I was talking with Scott Garrabrant late one night recently and he gave me the following problem: how do you get a fixed number of DFA-based robots to traverse an arbitrary maze (if the robots can locally communicate with each other)? My approach to this problem was to come up with and then try to falsify various possible solutions. I started with a hypothesis, threw it against counterexamples, fixed it to resolve the counterexamples, and iterated. If I could find a hypothesis which I could prove was unfalsifiable, then I'd be done.

When Scott noticed I was using this approach, he remarked on how different it was than what he was used to when doing math. Scott's approach, instead, was to just start proving all of the things he could about the system until he managed to prove that he had a solution. Thus, while I was working backwards by coming up with possible solutions, Scott was working forwards by expanding the scope of what he knew until he found the solution.

(I don't think it quite communicates my approach correctly, but I don't know how to do better.)

A consequence of the type signature of Agent Foundations is that my answer to "What are the other major chunks of the larger problem?" is "That is what I am trying to figure out."

Insofar as the AI Alignment Forum is part of the Best-of-2018 Review, this post deserves to be included. It's the friendliest explanation to MIRI's research agenda (as of 2018) that currently exists.

This post (and the rest of the sequence) was the first time I had ever read something about AI alignment and thought that it was actually asking the right questions. It is not about a sub-problem, it is not about marginal improvements. Its goal is a gears-level understanding of agents, and it directly explains why that's hard. It's a list of everything which needs to be figured out in order to remove all the black boxes and Cartesian boundaries, and understand agents as well as we understand refrigerators.

This post has significant changed my mental model of how to understand key challenges in AI safety, and also given me a clearer understanding of and language for describing why complex game-theoretic challenges are poorly specified or understood. The terms and concepts in this series of posts have become a key part of my basic intellectual toolkit.

This sequence was the first time I felt I understood MIRI's research.